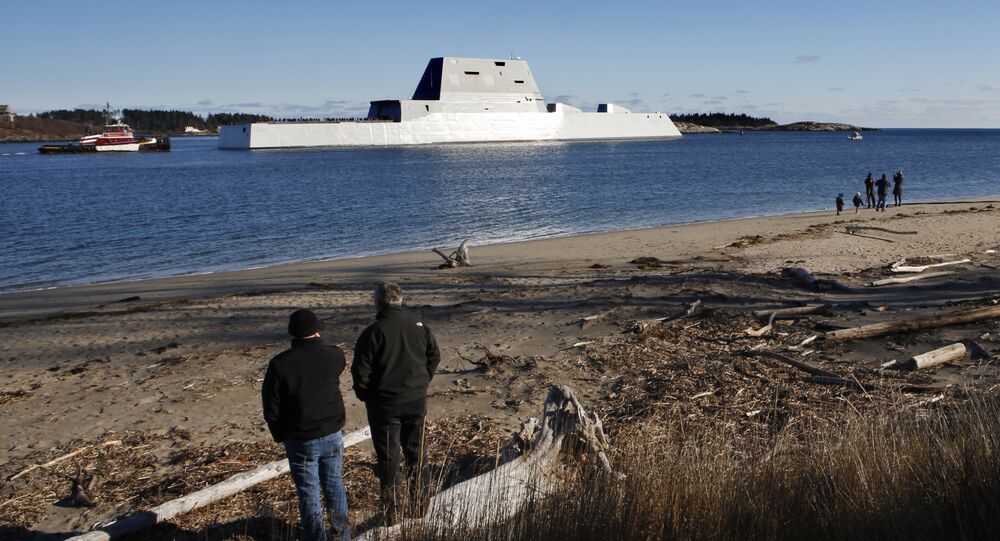 The Zumwalt-class destroyers have faced numerous difficulties in their development and during trials. As costs of the program overran estimates, the Pentagon has reduced the intended number of ships.

Sea trials of the USS Michael Monsoor (DDG-1001), the second Zumwalt-class destroyer made for the US Navy, ended early due to technical problems in the ship’s power system, according to USNI News.

The trials aimed at testing the hull, mechanical and engineering components of the ship kicked off on December 4. According to a statement from the Naval Sea Systems Command (NAVSEA), a harmonic filter failed a day after the ship left the yard and the breakdown forced the destroyer to return to the General Dynamics Bath Iron Works shipyard in Maine on December 5.

Harmonic filters are used in complex electrical systems to prevent unintended power fluctuations from damaging sensitive equipment. The failure of the filter prevented the ship’s power system from running at full power as part of the testing program.

The delay in the trials will not affect USS Michael Monsoor’s delivery, scheduled for March 2018, according to the NAVSEA statement.

A destroyer of the Zumwalt-class is powered by a complex electric system, including two Rolls-Royce MT-30 gas turbines and two Rolls Royce MT-5 auxiliary gas turbines. Its Integrated Power System (IPS) can generate over 75 megawatts of power. According to USNI news, the amount of electricity produced on the Zumwalt-class is "unprecedented in any other non-nuclear surface ship."

The Zumwalt is a class of US Navy guided missile destroyers designed as multi-mission stealth ships. It has a pyramid shaped hull which allows it to dramatically decrease its visibility on radar.

This is not the first time the cutting-edge Zumwalt-class has experienced technical difficulties. The first ship in the class, the namesake USS Zumwalt (DDG-1000), was floated out last autumn. In November 2016, the ship had to be towed out of the Panama Canal after suffering engine failure.

With a price tag of $4.4 billion per ship, the Zumwalt program has also turned out to be too costly for the US military, with total program costs estimated at nearly $23 billion.  Earlier, Defense News reported that the Pentagon had reduced the intended number of Zumwalt destroyers from 32 ships to three.