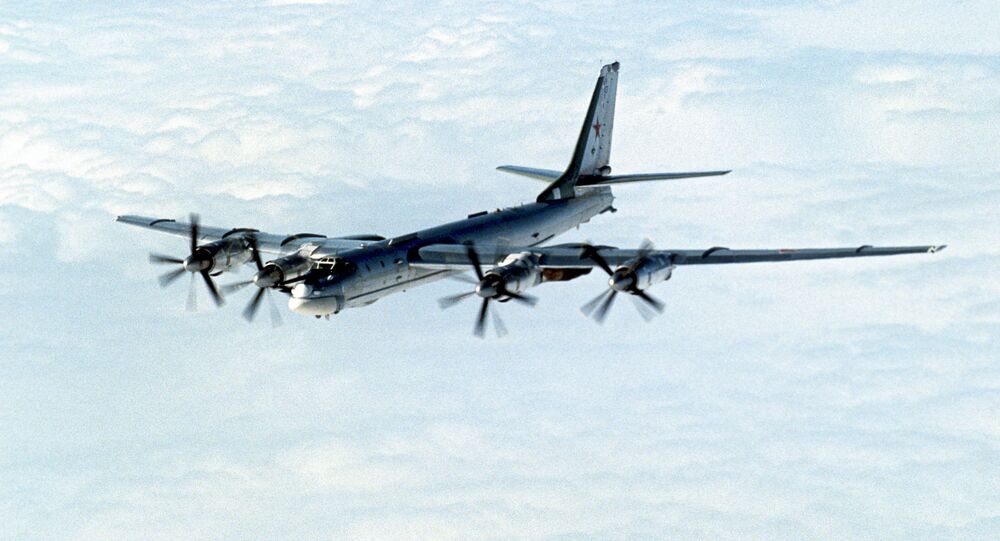 The maneuver was performed during an intercept mission in 1973 or 1974 and was not dangerous, said a former USAF officer, the author of a picture that has recently gone viral on social media.

"Maverick's Father probably," the post read, referring to one of the most famous scenes from the movie "Top Gun."

The picture went viral and reached the author of the shot, who provided interesting details about the image in a comment to The Aviationist, a website about military aviation and aeronautics.

© Photo : Russian Defense Ministry
Just What Were Those Russian Tu-95 Strategic Bombers Doing Off Alaska's Coast?
The author of the shot is Robert M. Sihler, who served as a weapons system officer with the US Air Force. According to him, he took the photograph during a "standard intercept" of a Tu-95 by two F-4s in "either late 1973 or early 1974."

At the time, Sihler was on duty at the Naval Air Station Keflavik in Iceland.

According to him, at the time American pilots performed averaged two intercepts  of Tu-95 bombers per week.

"They were the only aircraft we saw while I was there. Generally, the intercepts occurred on Fridays and Sundays, at the 'Bears' flew from Murmansk to Cuba on training and, we guessed, 'fun' missions," Sihler said in an email to The Aviationist.

What is even more interesting is the reason why such maneuvers were performed. According to Silher, Soviet crewmembers asked American pilots to do so.

"Generally, we did these barrel rolls at the request of the Soviet crewmembers. They gave us hand signals to let us know they wanted us to do it. They photographed us as well. The Cold War was winding down and the attitudes on both sides had improved," he said.

When asked whether the maneuver was unsafe, Silher responded, "Not really! The Soviets, at the time, gave us hand signals asking us to 'perform' for them. The rolls were not dangerous at all."

Bears on the Prowl: Tu-95 Strategic Bombers Spread Their Wings