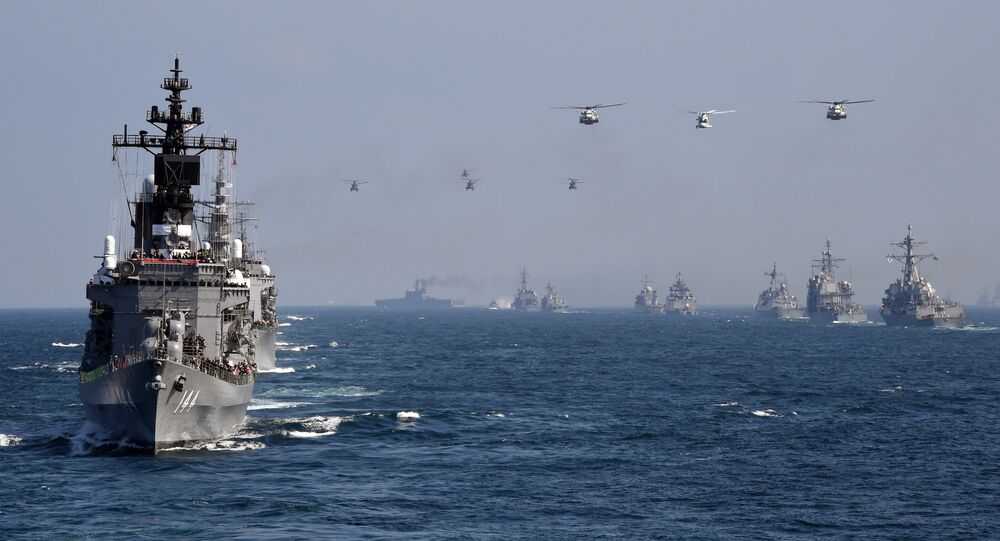 The announced drills will be the sixth such exercise since 2016 and come in the wake of the latest North Korean ICBM launch in November.

Japan, South Korea and the US will hold joint military drills on December 11-12 in the waters near Japan to practice the detection of airborne missiles, Defense Minister Itsunori Onodera has announced.

The three countries will be "practicing tracking an object and sharing information on it," a defense official who refused to be named told AFP, adding that the drills "will translate into a measure against ballistic missiles."

© AFP 2021
N Korean Ruling Party: Possible US Maritime Blockade Tantamount to Declaration of War
UN envoy Jeffrey Feltman, who visited North Korea earlier this week, has warned that the drills could lead to a conflict, calling on the authorities of North Korea to keep communication channels open.

At the same time, the US State Department's special representative for North Korean policy is set to travel next week to Thailand and South Korea to seek more pressure on the DPRK.

Following the launch, the US and South Korea held joint military drills in early December, featuring 230 aircraft from both nations, a move described by the DPRK foreign minister as "an extremely dangerous nuclear gamble on the Korean Peninsula."