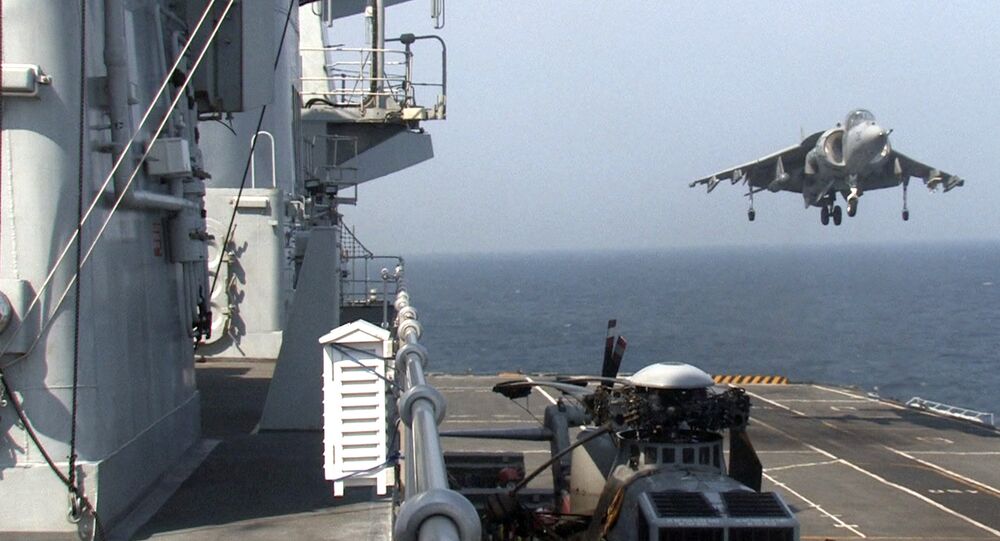 A lack of warships is preventing young US Marines from training in realistic mission simulations, US officials said recently.

"We can do some training… through virtual systems, but at some point you have to put the ships to sea and go through a mission rehearsal," Marine Lt. Gen. Brian Beaudreault said in Congressional testimony last Friday.

According to the general, the inability to train jeopardizes the "core competency" of the Marine and Navy, together forming all US naval forces, which is to transport combat forces from sea to shore quickly and invade enemy battle space.

The Marines have been able to train for smaller, Marine Expeditionary Unit (MEU) level amphibious assault missions, though. Where they have been limited is in their ability to train for larger, brigade-level missions, the Government Accountability Office reported December 1.

An MEU is composed of about 2,000 Marines, their aircraft, landing craft, combat gear and two weeks' worth of supplies. A Marine Expeditionary Brigade, on the other hand, is a formation of about 14,500 Marines and sailors.

"The ability to generate the number of ships required to train at a Marine Expeditionary Brigade level just simply isn't there, so we take it in bite-size chunks," Beaudreault said.