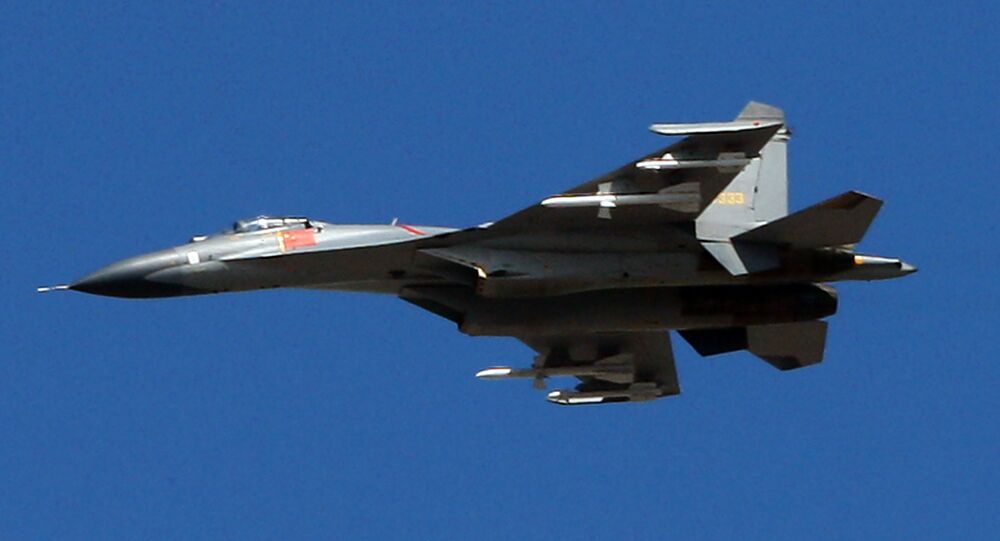 The US and South Korean air forces kicked off major aerial drills on Monday on the Korean Peninsula, but it appears China’s People’s Liberation Army Air Force has also been war gaming in the region – and possibly sending a message to South Korea and the US to back off.

The Chinese Air Force drills involved multiple aircraft flying "routes and areas it has never flown before," PLAAF spokesman Shen Jinke said Monday, according to the South China Morning Post. The spokesman did not specify the day or days during which the drills took place or the exact locations the planes traveled.

According to Xinhua, though, the drills took place in the Yellow Sea and the East China Sea and involved surface-to-air missile forces, fighter jets and early warning aircraft.

Beijing plans to continue to conduct exercises to protect China's strategic interests in the region, the spokesman said.

A military analyst in Beijing told the South China Morning Post, "the timing of the high-profile announcement by the PLA[AF] is also a warning to Washington and Seoul not to provoke Pyongyang any further."

Though perhaps warning with one hand, the Chinese have extended another: last week PLA Maj. Gen. Shao Yuanming and US Defense Department's Lt. Gen. Richard Clarke met in Washington to discuss opportunities for improving communications channels regarding the situation on the Korean Peninsula.

The meetings were held just hours after North Korea's test of its Hwasong-15 intercontinental ballistic missile, which reached an altitude 10 times higher than the International Space Station's orbit. The missile traveled 1,000 kilometers (620 miles) before splashing down into the Sea of Japan, but could have travelled 6,500 miles, were it flying on a standard trajectory.

The missile's apogee was "higher, frankly, than any previous shot they have taken," US Defense Secretary James Mattis said following the test. Pyongyang now has the capability to strike "everywhere in the world, basically" with their ICBMs, the Pentagon chief noted.