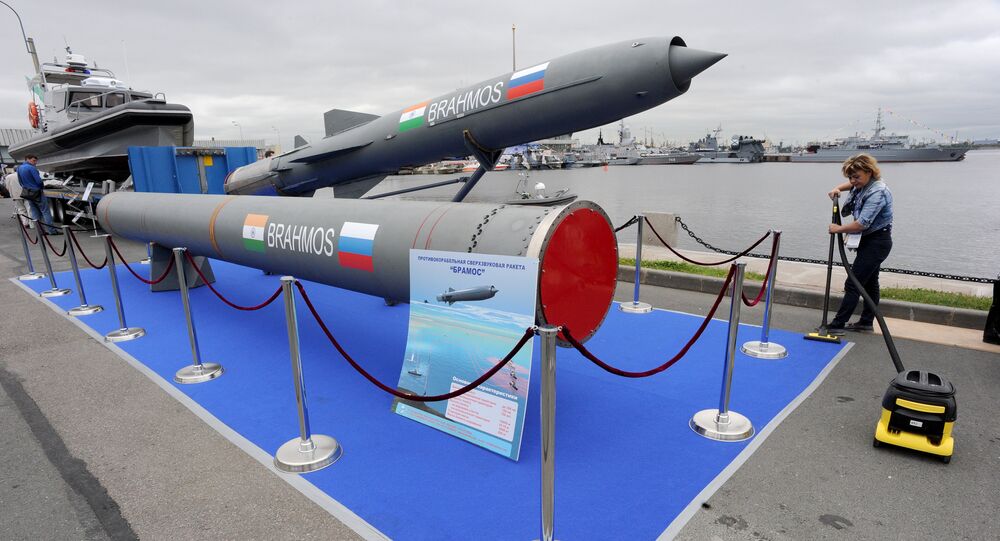 New Delhi (Sputnik) — India has developed its own specialty aluminum alloy that is being used to construct critical parts of the BhraMos missile — the world's first and only supersonic cruise missile. The state-own Defence Research and Development Organization (DRDO) locally developed the alloy that was earlier imported from Russia.

This is crucial to the development and capacity enhancement of the BhraMos missile, as the manufacturers hope to make substantial cost savings with the locally developed alloy that is being used for the construction of the fuel tank and airframe of the missile.

"A majority of these different grades of alloys are located in the F3 section, which comprises fuel tanks and airframe," DRDO added.

Earlier this month, DRDO had also announced the development of a solid propellant booster used to achieve supersonic speeds in the cruise stage of the BrahMos.

The BrahMos missile has been jointly developed by Russian and Indian scientists and is the world's first and only supersonic cruise missile. It is a precision strike weapon for the Indian armed forces that can be fitted in ships, mobile launchers, submarines and aircraft against land and sea targets.