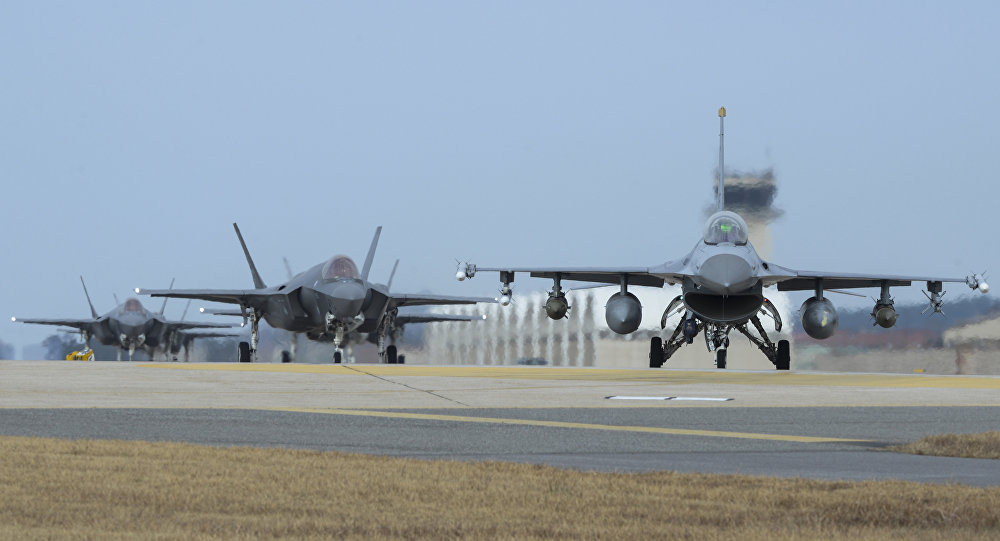 Tensions on the Korean Peninsula reached fever pitch over the weekend with the arrival of six US F-22 Raptor stealth fighter jets in South Korea on Saturday for Vigilant Ace drills.

The exercise dubbed Vigilant Ace began on Monday and is featuring 230 aircraft from both nations, plus US Marine and Navy forces stationed at eight military bases throughout South Korea.

"As they would during a real-world event, several units from across US Pacific Command are bedding down at the participating bases to augment their current forces, ensuring training scenarios during VA [Vigilant Ace] 18 are as true to life as possible," the release said.

The drills come following the launch of the Hwasong-15 intercontinental ballistic missile by Pyongyang that is reportedly capable of covering 13,000 kilometers (8,077 miles) last week. According to the South Korean Defense Ministry, the launch was successful, while the missile is believed to be capable of reaching Washington, DC.

Following the arrival of American fighter jets to South Korea, a spokesman for the Foreign Ministry of the People's Democratic Republic of Korea (DPRK) said in a written statement that US President Donald Trump and his administration were "begging for nuclear war" by "staging an extremely dangerous nuclear gamble on the Korean peninsula."