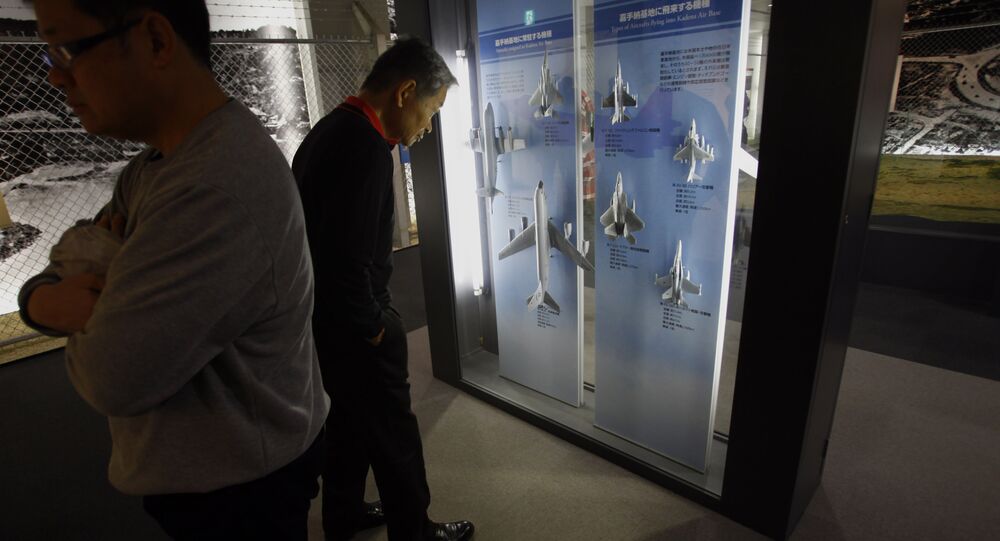 A US Marine was sentenced in a Japanese court to life in prison on Friday for the May rape and murder of a 20-year-old Okinawan woman.

The Naha District Court, in the island prefecture of Okinawa, found US Marine Kenneth Shinzato guilty of rape, murder and abandoning the victim's corpse, after her grossly disfigured body was found in a forest three weeks after she was reported missing.

Shinzato, who clubbed the woman and stabbed her with a knife, pleaded guilty to the rape and murder, but denied that he had previously planned the attack.

The courts agreed with the prosecution's request for life in prison, as no leniency was seen to be possible in such a violent case, cited by Kyodo News.

The violent rape and murder resulted in increased anger toward the Kadena US military air base on the island, long a source of contention, particularly regarding other crimes against the local population committed by US soldiers, as well as the lingering environmental impact of the military aircraft and logistical support network dumping highly volatile chemicals into the groundwater

The situation became acute enough for the creation of a recent bilateral agreement between Tokyo and Washington to limit immunity for employees of the US base accused of crimes.

The southern Japanese prefecture of Okinawa has been actively protesting an agreement made by Tokyo to allow the Pentagon to relocate the US air base to a more remote area of the island, after a 1995 rape of a young Japanese girl by three US soldiers.

Island residents and many in Tokyo seek to have the US air base — installed in 1945 at the end of World War II — removed from the island, while Japan's Prime Minister, Shinzo Abe, seeks to bolster the US-Japan military alliance as a means to counter North Korean ICBM and nuclear weapon threats.