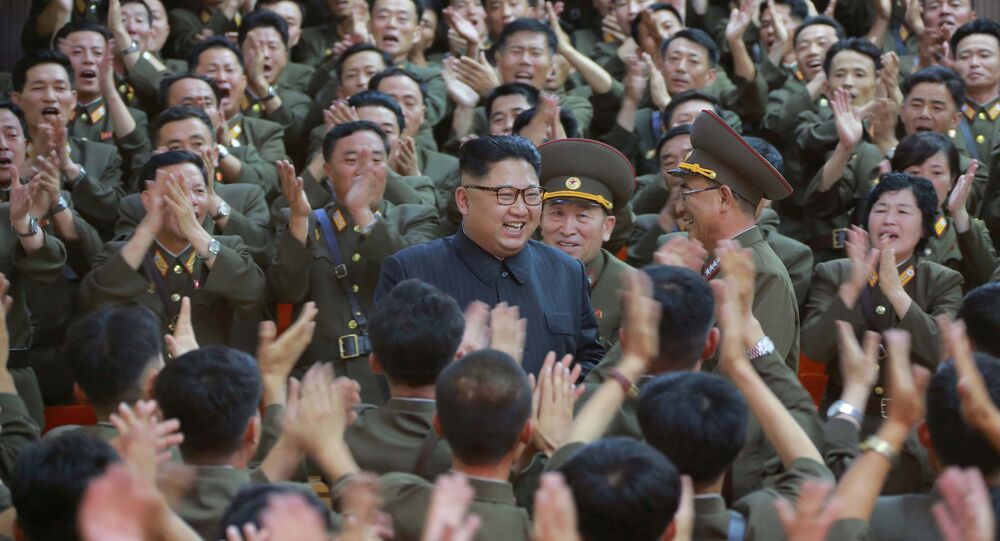 Concerns surrounding North Korea’s threat to world peace have substantially risen alongside a failure by global super powers to halt ongoing nuclear weapon development and other provocations by a country that also has one of the world’s largest conventional militaries.

Experts disagree on North Korea's current nuclear stockpile, with some saying Pyongyang has between fifteen and twenty nuclear weapons, and others who base their information on US intelligence data claiming that the number is somewhere between thirty and sixty bombs. But there is no doubt the country has developed much more powerful bomb-making technology only very recently.

From the October 2006 nuclear test under Kim Jong-il's leadership to the September 2017 detonation of a purported hydrogen bomb under Kim Jong-un, nuclear explosions in the Democratic People's Republic of Korea (DPRK) have consistently grown in power. Having analyzed seismic activity following the September 3, 2017 explosion, observers concluded it may have exceeded one hundred kilotons, significantly surpassing the sixteen-kiloton yield of the US bomb dropped on Hiroshima in 1945.

© REUTERS / KCNA
Diplomatic Tools to Use Against North Korea Still Available - US Think Tank
Besides its possession of nuclear weapons and its aggressive rhetoric, the pariah Asian state has fueled global concerns by testing a series of missiles, including intercontinental ballistic missiles (ICBM) capable of carrying a large nuclear warhead.

According to Defense One, analysts estimate the new Hwasong-15 ICBM tested in November to have a potential range of 8000 miles and the capability to reach anywhere on the US mainland, if fired on a flatter trajectory.

The nuclear payload that the ICBM developed by Pyongyang could carry is debatable. A confidential US intelligence assessment from July 2017 reportedly found that the regime has developed the technology to miniaturize a nuclear warhead to fit its ballistic missiles.

"We're going to have to learn to live with North Korea's ability to target the United States with nuclear weapons," said Jeffrey Lewis of the Middlebury Institute of Strategic Studies, cited by Defense One.

The pace of both the country's nuclear and missile tests has also intensified, with more than eighty missile tests carried out under Kim Jong-un's regime, in addition to four nuclear tests.

However, the accuracy of North Korea's ballistic missiles remains unknown. Some analysts have said the missiles rely on outdated guidance systems and are typically inaccurate, but some defectors and experts claim that the DPRK has begun using GPS guidance.

In the hopes of changing Pyongyang's aggressive attitude, the UN Security Council has steadily toughened sanctions against the regime, first imposed after North Korea's withdrawal from the Nuclear Nonproliferation Treaty (NPT) in 2003 and its subsequent nuclear test in 2006. The measures include a ban on the sale of materials and technology that would bolster North Korea's ballistic missile and nuclear weapons programs.

© REUTERS / KCNA
North Korea May Face Maritime Sanctions Over Latest Missile Launch
But that has not stopped the DPRK from nuclear technology sharing and missile sales with countries like Iran, Libya, Syria, Egypt, Vietnam, and the United Arab Emirates. Despite severe economic constraints and a progressing impoverishment of North Korea's civilian population, the country has not given up on the development of its war capability.

As for conventional military capabilities, the DPRK ranks fourth among the world's largest militaries, with over 1.1 million personnel in its armed forces (nearly 5 percent of the nation's population). The North Korean military is said to have more than 1,300 aircraft, nearly 300 helicopters, 430 combatant vessels, 250 amphibious vessels, 70 submarines, 4,300 tanks, 2,500 armored vehicles, and 5,500 multiple-rocket launchers, according to a 2015 US Department of Defense report and a 2016 South Korean Ministry of National Defense report.

Although defense experts note that Pyongyang operates with aging equipment and technology, it still poses a serious threat to its southern neighbor. Defense One cites US Secretary of Defense James Mattis as saying that war on the Korean peninsula would be "catastrophic" and that North Korea is "the most urgent and dangerous threat to peace and security."

The military plays a central role in North Korea's political affairs, with the North Korean leadership believing that boosting its might is the only way to protect the regime from hostile external forces.