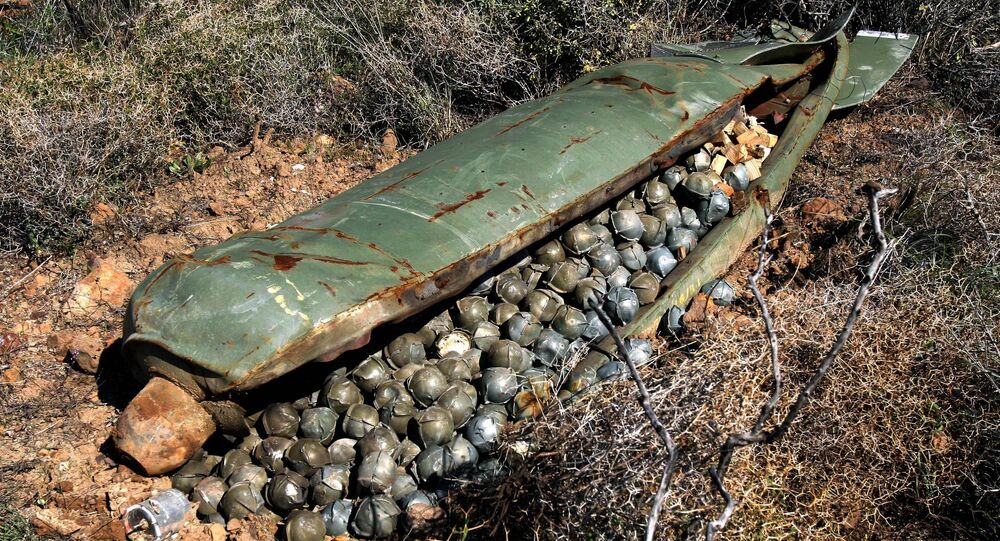 The US had planned to end its use of cluster bombs, a type of explosive that ejects smaller submunitions to kill personnel and obliterate vehicles, by 2019, but on Thursday, the Pentagon approved a new policy reversing this promise.

US President George W. Bush declared in 2008 that US would stop using cluster bombs by 2019. On Thursday, though, the Pentagon declared that the weapons have a legitimate use in military operations.

When deployed, cluster bombs scatter hundreds or thousands of bomblets across swaths of territory than can encompass several football fields. The bombs are notorious for failing to explode during the initial weapon deployment — leaving mine-like explosives that can blow up decades later. Anywhere from two to 20 percent of the bomblets released in modern cluster bombs fail to detonate on first use, according to Legacies of War, a Washington-based non-profit.

The United Nations-backed Convention on Cluster Munitions banning the weapons took effect in 2010. More than 100 nations have become signatories to the agreement. The US, Israel, China, Russia, Brazil, Pakistan and India, though, opposed the treaty. These nations are believed to produce or stockpile cluster munitions in significant quantities.

Under the policy approved Thursday, the US will authorize military commanders to use cluster munitions at their discretion until a better option becomes available that reduces the humanitarian hazards, the Associated Press reports.

The policy, laid out in a memorandum written by Deputy Defense Secretary Patrick Shanahan, states that "cluster munitions are legitimate weapons with clear military utility."

Although the Pentagon "seeks to field a new generation of more highly reliable munitions, we cannot risk mission failure or accept the potential of increased military and civilian casualties by forfeiting the best available capabilities."

This isn’t surprising; there has been a lot of concern about retiring DPICM, and the alternatives being explored aren’t ready yet. https://t.co/P3jOaCz2uh

​Time-sensitive moving targets that may be difficult to track as well as large formations of hostile troops are two examples cited by the Pentagon as viable military applications of cluster munitions. The Pentagon contends that if it stopped using cluster bombs it would have to resort to other weapons that could do even more damage to civilians located near where the bombs are dropped.

Cluster bombs have been used recently in Yemen, where the world's most pressing humanitarian crisis rages.

In other countries such as Laos, which saw sustained use of cluster bombs in military operations for many years, hundreds of civilians continue to die every year from stepping on undetonated bomblets, and public education campaigns must be run to teach children to avoid the brightly colored bobbles if they encounter them. Although the US bombing of Laos ended over 40 years ago, an additional 20,000 people have died from unexploded cluster bombs found in agricultural fields since the war ended, rendering crucial farmland off limits in a country where the majority of the population relies on subsistence farming.