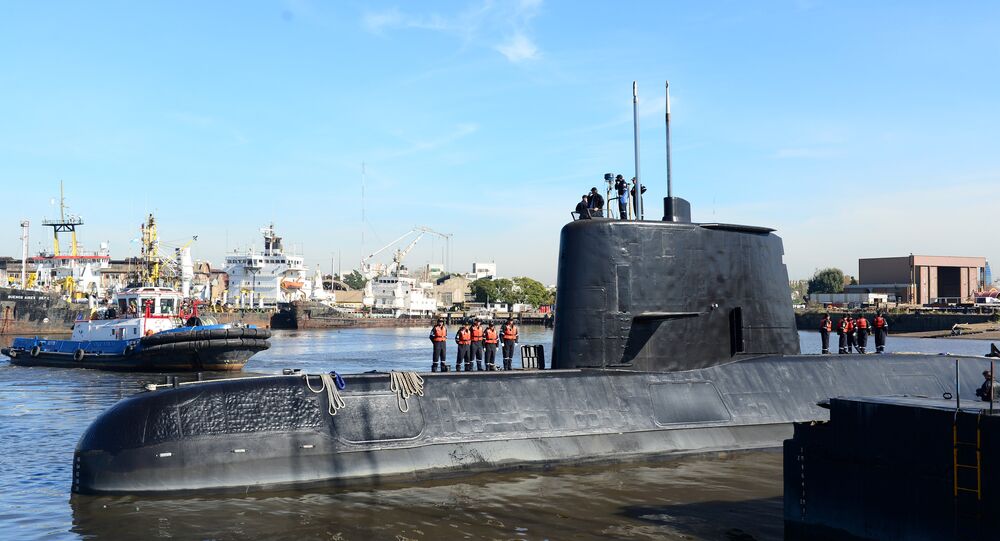 The Argentinian Navy has concentrated its efforts to find the missing San Juan submarine in the area where an explosion was recorded.

BUENOS AIRES (Sputnik) — According to Argentine Navy spokesman Enrique Balbi, they have no evidence that the explosion recorded by Argentina’s missing San Juan submarine was caused by an underwater mine or by an external attack.

"There are no signs of an external attack or a submarine mine producing the explosion," Balbi said.

© AP Photo / Courtesy of Argentine Navy
'Situation of Extreme Survival': ARA San Juan Crew Could Still Be Alive - Navy
Meanwhile, the San Juan submarine, with a crew of 44, stopped responding and went missing on November 15, while en route from Ushuaia to Mar del Plata. The Navy said a likely explosion had been registered in the area close to where the last contact was made. Earlier, the Argentinian Navy official also stressed that there is no established time limit for the submarine’s search.

A large-scale search and rescue operation was launched in the area where the submarine could likely be, with multiple vessels and aircraft from different nations, including Norway, Russia, the United Kingdom and the United States, having joined the efforts. Moreover, Russia will be joined in the search for the submarine ARA San Juan. For instance, the Russian oceanographic vessel Yantar will arrive in Argentina on December 5 according to Argentine Navy spokesman Enrique Balbi said Monday. Earlier in the month, Russia's Antonov An-124 transport aircraft delivered equipment for the search of the missing San Juan submarine.

EXCLUSIVE: Families of Missing Argentine Sub Crew Say 'They Know What to Do'