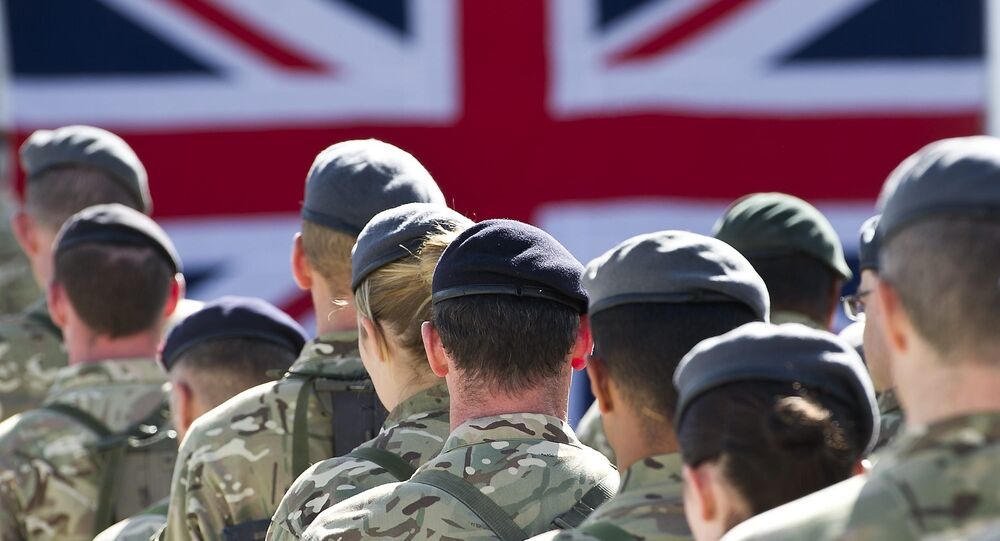 The British government is expected to deny further funding to its Armed Forces, diverting the much-needed funds to cyber security measures that are likely to target Russia in a move that split Theresa May's Conservative Party.

A new report by the Telegraph revealed that the latest National Security Review has delivered a striking blow to the British military, whilst allocating significant chunks of the budget to cyber warfare.

© AP Photo / Lefteris Pitarakis
Dividing the Divisions: Army 2020 Refine Could Mean Further Cuts to UK Military
The UK military establishment had hoped to evade the crippling cuts if the new Review would have recommended Theresa May channel some £2 billion to the Ministry of Defense (MoD) in order to fight terrorism more effectively and improve veteran care.

According to the Telegraph, however, those hopes are now shattered as National Security Advisor Mark Sedwill suggested that the money would be better spent on conducting cyber activities.

The Review, which was ordered by British Prime Minister Theresa May after terrorist attacks in London and Manchester, has allegedly stated that the MoD will not receive any more funds over its annual budget of £36 billion and proposed additional cuts to military personnel.

READ MORE:Threat of Terrorism in UK Reaches 'Scale We've Not Seen Before'

Amongst his suggestions, Sedwill played with the idea of sacking 1,000 Royal Marines, delaying the Royal Airforce's order for the F-35 fighters and dropping two Royal Navy ships.

The British Army is also expected to be gutted out as the number of servicemen may be reduced to less than 70,000 against the recommended target of 82,000 soldiers and officers.

The proposals sent shock waves through the British Army, which is currently at its smallest in over 350 years, falling behind its target size by some 4,000 servicemen.

Minister for Defence People and Veterans Tobias Ellwood threatened to resign if Sedwill's proposals are adopted by the government.

© CC0 / Pixabay
Troops R Us: UK Urged to End Military Recruitment of Under-18s to Combat Roles
Nicholas Soames MP, the senior conservative and Winston Churchill's grandson, urged that "the Conservative party has a duty now to unite against further defence cuts to capability."

Pressure has been building on new Defence Secretary, Gavin Williamson, to meet with Chancellor of Exchequer Philip Hammond

Telegraph's source close to Williamson highlighted that the Defence Secretary was "taken aback" by the proposed cuts to personnel.

"He does not feel like this is something that he can make any negative changes and feel all right about. He is willing to take his message to the Treasury and we will see how much of an impact he makes", the source said.

A ministerial source told the Telegraph that the chief cause of the military's outcry is Sedwill's questionable decision to prioritize cyber activities over the actual needs of the Armed Forces.

"The problem is the NSA [Sedwill's nickname within the MoD, a reference to the US National Security Agency that is responsible cyber warfare] is driving a ‘within-the-costs-envelope' approach at everyone."

"[He] is determined to screw over MoD", the source added.

© REUTERS / Tatyana Zenkovich
Who's Provoking Whom? UK PM Theresa May Designates Russia a 'Hostile State'
The reason behind Sedwill's plans to boost the UK's cyber warfare capabilities is not entirely unclear, yet it is likely that he is acting on Theresa May's promise to wage a cyber campaign against Russia.

Speaking at the annual Lord Mayor's Banquet in London earlier this month, May accused Russia of a "sustained campaign of cyberespionage and disruption" that was "threatening the international order"

"So we will take the necessary actions to counter Russian activity," May proclaimed.

The Russian government has staunchly denied these allegations, arguing that it does not engage in offensive cyber activities and pointing to the lack of proof to that fact.

It may well be the case that the British servicemen and veterans will suffer from devastating cuts for the sake of May's wild goose chase after the non-existent "Russian threat."