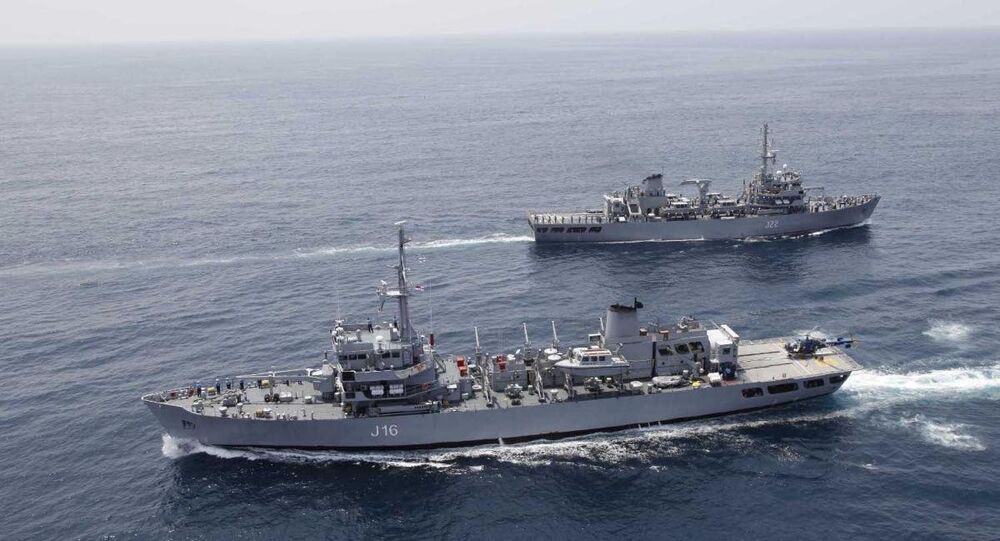 New Delhi (Sputnik) — The Indian Navy’s INS Sarvekshak has arrived at Dar es Salaam and will carry out a joint hydro-graphic survey with the Tanzanian Navy. With this, the Indian Navy intends to strengthen cooperation with African nations and increase its sphere of influence in the Indian Ocean region.

In an initiative to bolster bilateral relations with foreign countries and navies in the Indian ocean region, INS Sarvekshak arrived at Dar-es-Salaam, Tanzania on 15 Nov 17 for undertaking joint Hydrographic Survey along with the Tanzanian Navy. pic.twitter.com/3GEQ3o7oKn

“During the survey, training of Tanzanian personnel will also be undertaken on advanced hydro-graphic equipment and practices. The ship will visit Dar-es-Salaam harbor in Tanzania during the stay for re-fueling and replenishing stores and provisions,” the Indian Navy said in a statement.

“The ship will be undertaking a pioneer survey of Pemba Island which will include detailed surveys of Port of Wesha and Kiuyo and Pemba Channel in Tanzania and on the completion will be proceeding to Port Louis in Mauritius in December for a survey of the Grand Port,” the statement further read.

INS Sarvekshak is a specialized survey ship of the Indian Navy presently based at Kochi and is fitted with state-of-the-art survey equipment. In addition, the ship also carries an integral Cheetak helicopter, which will be extensively deployed during the survey.