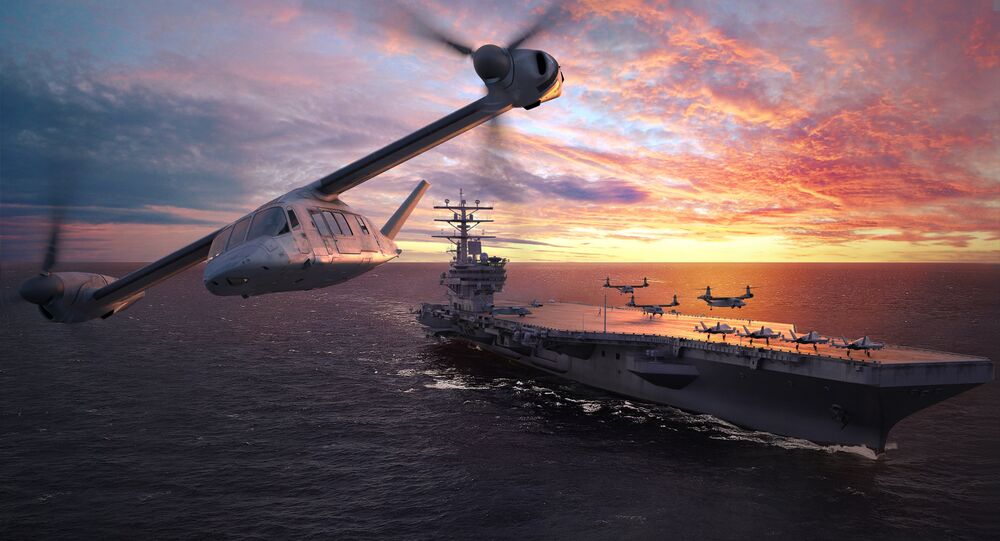 The US Army is relying on Bell Helicopter to pull off a major engineering feat: creating an “invisible” next-generation tilt-rotor aircraft.

Bell Helicopter Vice President Vince Tobin says the company "will definitely employ some passive measures in terms of how we shape the aircraft to make it invisible," particularly for anti-aircraft targeting systems.

The Valor will build off the V-22 Osprey's framework with a few adaptations in addition to the stealthy features. Developers plan to equip the aircraft with the "distributed aperture system" deployed on F-35s that provides pilots with a 360-degree view of the environment in one continuous display. The V-280 utilizes one long, single wing attached to the aircraft's roof, whereas the Osprey has two somewhat clunky wing-mounted blades that sit awkwardly to the sides of the aircraft but extend above it.

The Valor can carry four crew members and up to 14 troops. Its specifications include a maximum takeoff weight of 12,000 pounds, a top speed of 280 knots or 322 miles per hour, and a combat range of 500-800 nautical miles or 575-920 miles, according to Bell Helicopter.

A joint team of engineers from Boeing and Sikorsky, a Lockheed Martin subsidiary, is competing with Bell to secure the contract for the Army's Future Vertical Lift program, but so far has not furnished a prototype, Breaking Defense reported in October.

On October 4, the V-280 revved its engine and practiced ground tests but did not attempt flight.

Sound of the Tsar: How Does the World's Largest Bell Sound?