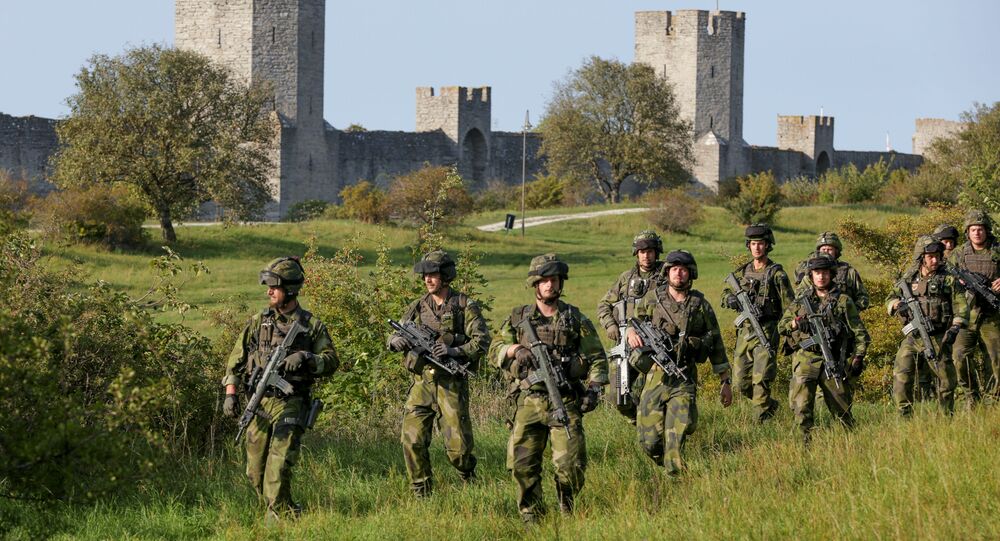 Sweden, which has remained neutral for about two centuries, is now gradually phasing out its non-alignment. By joining the newly-founded European military alliance Pesco, Sweden has taken yet another step in this direction.

The European Defense Union Pesco, which was established on paper earlier this week and was lauded by EU foreign policy chief Federica Mogherini as a "historic moment in European defense," is fully compatible with Sweden's non-alignment, Foreign Minister Margot Wallström argued.

"We believe this is fully compatible with our non-alignment. We think it's good that the EU is indicating that they now want to collaborate and actually better coordinate what we do. We could become a truly important global player, both civilian- and military-wise," Wallström said as quoted by the Swedish Sydsvenskan daily.

“In turbulent times like these, Europe must take greater responsibility for its own security.” — FM @margotwallstrom on #Pesco ahead of today’s #EU Foreign Affairs Council. #FAC pic.twitter.com/3z2RsXDYRq

​Pesco, which stands for Permanent Structured Cooperation, implies a greater focus on joint drills to improve rapport and cooperation among the participating nations, and Sweden is ready to conduct winter exercises in its vast and largely unpopulated northern regions.

© AP Photo / Michael Sohn
'Patriotic' Sweden Aims to Buy US Air Defense System
Margot Wallström, who signed the Pesco agreement in Brussels together with Defense Minister Peter Hultqvist, explained that there have already been talks of using the Vidsel Test Range for joint drills.

"I believe we can also find many civilian elements to share," Margot Wallström added.

"This has nothing to do with the EU army or any defense organization. This is merely a collaboration that deals with concrete projects where different countries contribute in order to add competence to each other's defense forces," Defense Minister Peter Hultqvist commented.

​Located in Sweden's northernmost counties of Norrbotten and Lappland, the Vidsel Test Range is operated by the Swedish Defense Materiel Organization (FMV), a part of the Swedish Ministry of Defense. It consists mostly of uninhabited woods and marshes and is regarded as the largest overland test range for warplanes, missiles and drones in Western Europe. It also has a permanently restricted airspace.

​At present, neither Pesco's strategic nor tactical steps have been made known. In December a formal decision will be announced, and the basis of future joint projects will be presented.

However, the EU Commission's document on Pesco from 2015 indicated that the military alliance is aimed at being a counterweight to China, Russia and Saudi Arabia amid shrinking military budgets across the EU.

Interestingly enough, though, Sweden's southern neighbor Denmark, which as a NATO member is far more involved in the alliance's affairs, opted out of Pesco.