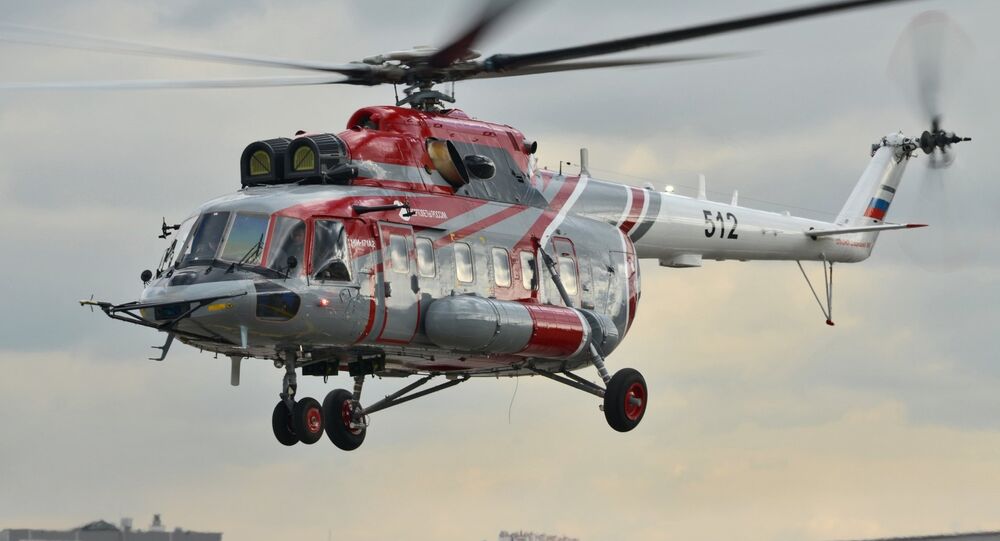 On Monday, the Russian Helicopters press service announced that the holding had signed its first export contract for the supplies of the Mi-171A2 helicopter with India’s Vectra Group.

MOSCOW (Sputnik) – According to the Russian Helicopters, Vectra Group will receive the helicopter in 2018 and could buy one more aircraft within the framework of the agreement.

"A whole range of prospective buyers all around the world is closely following the development of this project and I’m sure that the certification and successful use of the Mi-171A2 will allow to turn their interest into new contracts," CEO Andrey Boginsky said as quoted by the company.

© Sputnik / Pavel Lisitsyn
Russian Helicopters Company Set to Roll Out Two High-Speed Copter Concepts
Mi-171A2 is an advanced helicopter, which combines the technologies used in the construction of the Mi-8/17 series as well as upgraded engines and avionics. According to the website of the company, the first prototype of the helicopter was launched in November 2014.