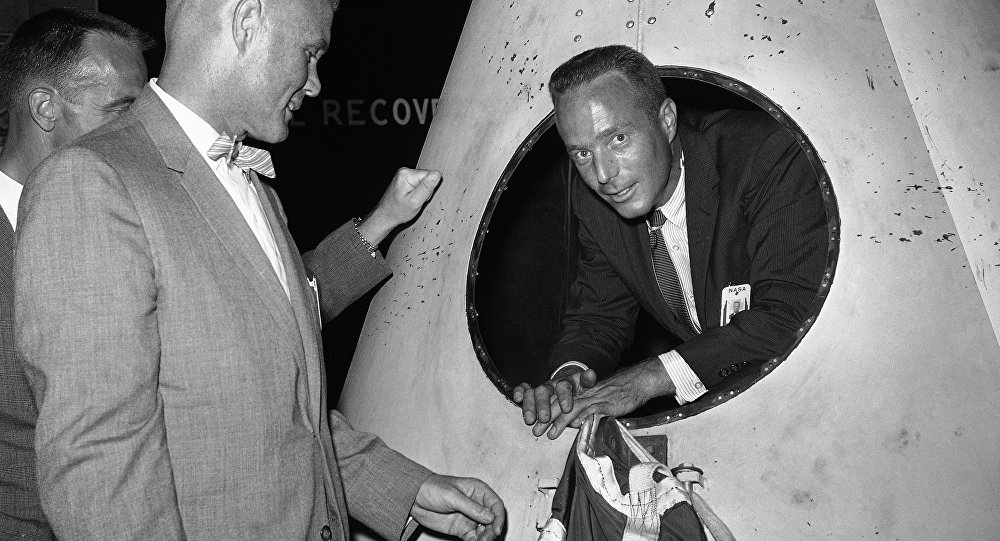 The US House and the Senate Armed Services Committee have together adopted a proposed $700 billion military spending deal, significantly boosting weapon buys, but dropping the idea of creating an American Space Corps, which would have been a sixth branch of the US military.

It's a sad day for prospective US Space Marines, as there will be no US Space Corps in the foreseeable future. US House and Senate Armed Services Committees, tasked with reconciling the differences between two versions of the 2018 National Defense Authorization Act (NDAA) dropped the idea, opting for smaller changes to the status quo of the Pentagon hierarchy. 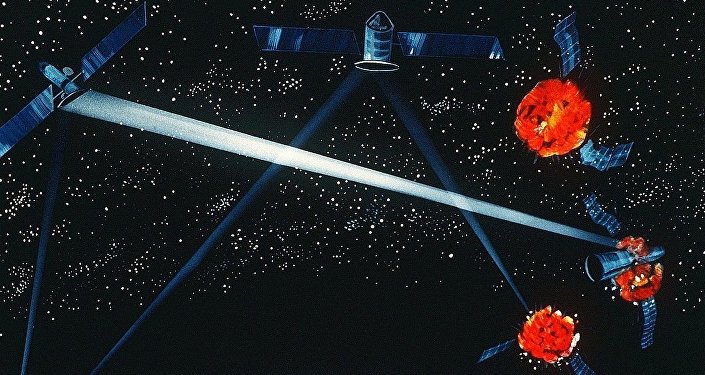 © CC0
US Space Corps: Why the Idea of Battling China and Russia in Space is So Flawed
The idea of creating a US Space Corps (USSC) was proposed in the House version of the NDAA. The authors of the proposition, Chairman of the House Strategic Forces Subcommittee Republican Representative Mike Rogers of Alabama, and ranking member of the House Armed Services Committee (HASC) Democrat Representative Jim Cooper of Tennessee, believe that the US Air Force, currently tasked with the American space presence, fails to allocate enough resources for space programs, instead opting to procure more bombers, fighters and other atmosphere-bound warplanes. Creating a new branch would allow a USSC to have its own separate budget and set priorities for themselves.

However, the initiative was met with opposition from military leaders, including Chairman of the Joint Chiefs of Staff General Joseph F. Dunford, Secretary of the Air Force Heather Wilson, and Air Force Chief of Staff General David L. Goldfein. According to these officers, the proposed legislation would only serve to add new layers of bureaucracy, something that the Pentagon has claimed to be fighting, according to Popular Mechanics.

Even Secretary of Defense James Mattis intervened in the process by writing a letter suggesting that creating a sixth US military branch now would be untimely.

"At a time when we are trying to integrate the Department's joint warfighting functions, I do not wish to add a separate service that would likely present a narrower and even parochial approach to space operations," Mattis wrote.

Congressional negotiators acknowledged that the US should do better in space.

"The congressmen, with the backing of the HASC, argued that advancements in space defense from potential adversaries China and Russia put the United States at risk of losing control of space domains," Popular Mechanics reported.

But the House and HASC decided that smaller steps would be more efficient. And there are three of them.

According to The Hill, the first includes creating a "reactor" community based on the US Navy that would allow Air Force "develop, retain and advance careers of the space cadre."

© REUTERS / Erik De Castro
Philippines and Russia Consider Partnering to Produce Trains and Explore Space
Second, new NDAA amendments would streamline the space acquisition process, the senators say. The details of how exactly this is going to work remain undisclosed, however, Defense News reported that the bill enables an "Amazon Amendment," allowing for certain military purchases to be made online.

The third measure is the removal of a set of existing space authorities, including the Defense Space Council and the deputy chief of staff for space operations.

But it seems that Congress will consider setting up a new space branch some time in the future.

"The deputy secretary of defense will assume oversight of military space operations, and will be required to ‘provide Congress with a roadmap to establish a separate military department responsible for national security space activities of the DoD,'" according to Popular Mechanics.

But space was not the only topic the negotiators focused on. In fact, in the spotlight was the massive $700 billion military budget, which would enable an enormous military increase, even larger than that asked for by US President Donald Trump.

© CC0
The Final Frontier: US Poised to Turn Space Into 'Warfighting Domain'
The bill also includes the procurement of 90 F-35 Joint Strike Fighters and a third littoral combat ship, according to Defense News. The bill authorizes five more ships than were asked for in Trump's military budget.

The bill also includes a 2.4 percent pay raise across the board for the military, 0.3 above what President Trump recommended.

However, there is still more work to be done, as the bill leaves undecided a number of questions that negotiators have failed to agree upon, inclduing the question of transgender people in the service and the issue of housing benefits for dual-military couples.

The negotiated bill must be approved by a full Senate hearing, and it must happen before mid-December, Defense News reported.

Thirst for Knowledge: Chinese Students Race for a Space in a Library (VIDEO)

Kickin’ It: Hong Kong Runs Out of Space to House Its Dead