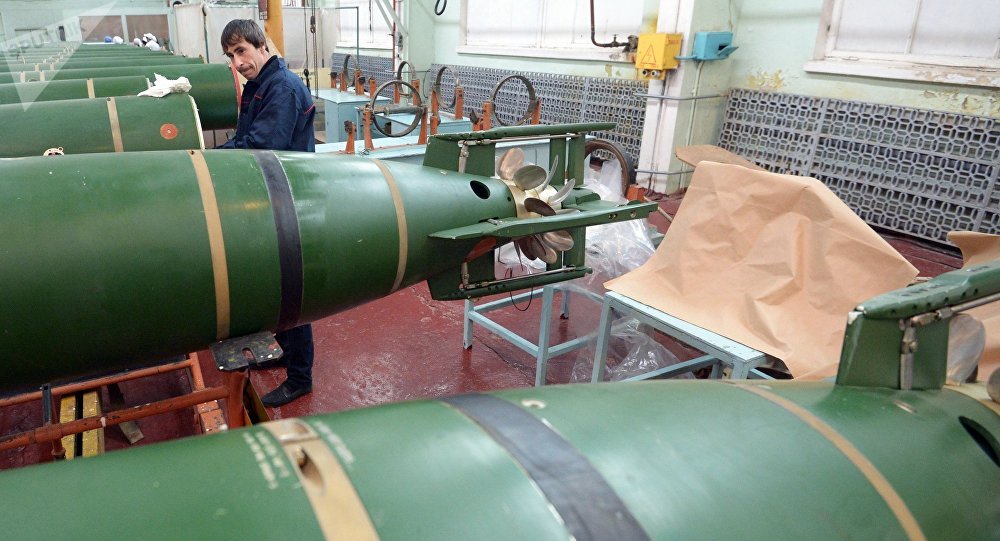 The Russian defense industry has embraced a new trend in manufacturing torpedoes – the development of a mini-torpedo with artificial intelligence.

A mini-torpedo is expected to have a weight of up to 40 kilograms and its main combat advantages is that such weapons are silent running and wakeless, Shamil Aliyev, one of Russia’s leading specialist in the field, said in an interview with the RIA Novosti news agency.

"The trend that is now emerging is switching from heavy to light torpedoes. In terms of weight, this means moving from two ton weapons to 35-40 kg ones. That’s fantastic and it is an essentially different conception," Aliyev pointed out.

Commenting on the core principle of this new approach, the engineer explained: "Size and mass are important. But the most important thing is that such a torpedo is noiseless and wakeless."

One of the main goals in the development of mini-torpedoes is to equip them with artificial intelligence (AI), so that a torpedo is capable of imitating the behavior of fish and sea animals.

Aliyev said that it is important to develop a torpedo that would be detected and recognized not as a torpedo, "but as a big fish," Aliyev said.

"When there is only one large enemy target, neutralizing it is difficult but possible. But if there are thousands of 'combat turtles' and you don’t know which are real and which are just an imitation, it is a much more difficult task," he said.

According to the specialist, the creation of a turtle-type torpedo in Russia is currently at the research and development (R&D) stage.

A Turtle-type torpedo moves at very low speeds (2-3 miles per hour), but generates almost no noise and wake.