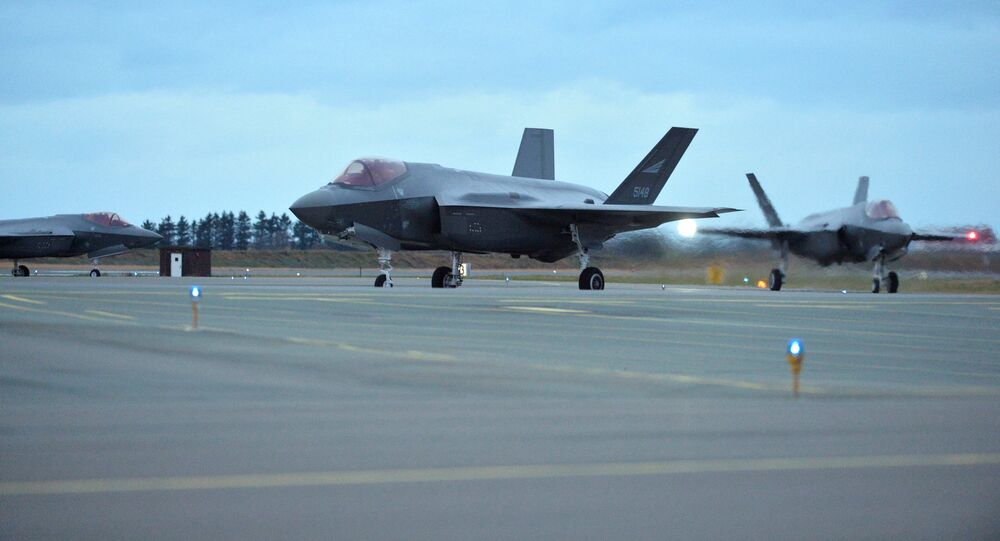 Norway has spent billions of dollars on the purchase of US F-35 fighter jets, which is Oslo's largest defense expenditure. However, the Nordic country's pricey war toys will be housed in tents for lack of hangars.

The first batch of three brand new Norwegian F-35s has landed at the Ørland airbase. In the coming years, however, Oslo's prized possessions will be stationed in tents in the absence of proper shelters. To rectify this blunder, Norway will spend over NOK 2 billion ($250 million) on warplane hangars.

"This is a planning blunder of epic proportions. Something is fundamentally wrong with long-term defense policy planning in Norway," Ståle Ulriksen of the Royal Norwegian Naval Academy told the Adresseavisen daily.

© REUTERS / Darin Russell/Courtesy of Lockheed Martin
Hot Air: Costly US F-35 Fighter Jets Miss the Mark, Denmark Finds
Ulriksen did not mince words when expressing his indignation over the lack of reinforced hangars in place at Ørland.

"I'm scared. That these planes are coming has been known for so many years. I'm simply shaken," Ulriksen said.

Brigadier Aage Lyder Longva, Air Force Second in Command, confirmed that tents will be used as a temporary solution. The new tailor-made hangars worth billions of kronor will only be in place in 2020, when at least 22 F-35s will have been delivered.

"In anticipation of robust storing solutions, we will use new maintenance hangars as garage space. We will also utilize adapted preparation hangars in reinforced plastic," Longva said.

ICYMI: The #F35 arrived in Norway today, touching down at Ørland Air Base: https://t.co/VDMm4UUDMy pic.twitter.com/1iKPxrlT7R

​Such a painful situation arose due to the fact that the Ørland base was initially meant as a civil airfield without concrete hangars equipped to protect combat aircraft. In June this year, the Norwegian parliament decided to earmark funds to build hangars in reinforced concrete to safeguard its giant investment.

Norway previously decided to acquire 52 new F-35 fighter jets to the tune of NOK 81 billion (close to $10 billion). Lifetime costs associated with this project are estimated at 270 billion ($33 billion).