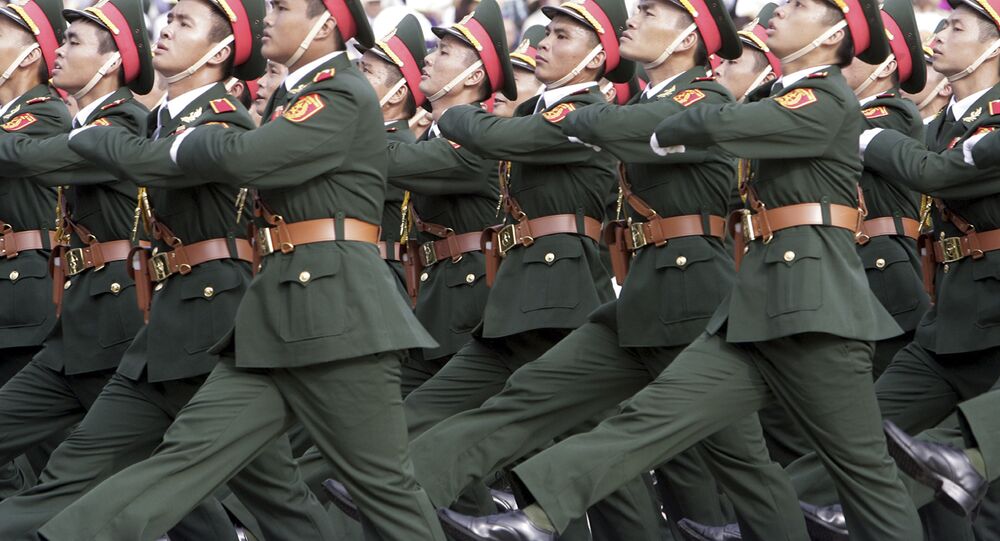 It has been announced Australian and British military personnel have assisted the Vietnamese People's Army prepare for its 2018 peacekeeping deployment to South Sudan. The training comes despite official concerns in the UK about Vietnam's human rights record, and a checkered history in the country.

Military logistics experts from the RAF, British Army and RAAF have helped the Vietnam People’s Army prepare for its peacekeeping deployment to South Sudan in spring 2018. https://t.co/6ExJiJnJbV pic.twitter.com/vLKbIDln2G

​The RAAF will then undertake the deployment of Vietnamese military personnel and critical equipment to Juba, South Sudan via C-17 aircraft. Once on the ground in Juba, the soldiers of Vietnamese People's Army will move to Bentiu.

The training comes despite the Foreign & Commonwealth Office ranking Vietnam as one of its "countries of concern" — states said to cause anxiety in Whitehall due to a range of humanitarian issues, ranging from internal repression to the use of sexual violence in armed conflict. Vietnam's own entry notes while there have been "some positive developments" on human rights in the country of late, the overall situation "remains of significant concern."

Nonetheless, Britain is providing military training and support to countries on its own "concern" list is commonplace. In 2016, it was revealed British armed forces had trained "either security or armed forces personnel" in 16 of the 30 listed countries since 2014.

It's not merely training UK forces provide to countries with questionable human rights records — Campaign Against the Arms Trade figures indicate the country has exported arms totaling US$5.3 billion in value to 22 of the listed nations since 2015. In 2016 alone, US$389 million was sent to Saudi Arabia, US$324 million to China, US$12 million to Egypt and US$5.2 million to Turkmenistan.

Of the total sent to Riyadh, US$370 million was dispatched in the six months after the infamous October 2016 airstrike on a funeral hall in Yemen, which killed 140 and injured hundreds.

Similarly, it is not the first time Australian and British troops have been sent to Vietnam — although their previous visits were of a rather different nature. Between 1962 and 1972, Australia committed thousands of troops to the US war effort in Vietnam.

​By the time the last Australian personnel were withdrawn, it had become Australia's longest-running conflict, only recently surpassed by the land down under's role in Afghanistan — it also represents Australia's largest force contribution to a foreign conflict since the Second World War, and one of the most controversial in Australian history.

While initially broadly supported by the public, a vocal anti-war movement quickly arose, primarily due to the institution of conscription, and the progressively apparent failure of the war effort. Widely condemned arrests of conscientious objectors, and revelations of atrocities committed against Vietnamese civilians, led to the winding down of Australia's commitment. In all, approximately 60,000 personnel served, of which 521 were killed and over 3,000 wounded.

#OTD 31 May 1971. The last RAAF bombing op of the Vietnam War is completed by Canberra Bomber A84-244 of 2 Sqn #anzacspirit #australiaatwar pic.twitter.com/b8HKEELkvR

​The UK's role in the Vietnam War was far less overt. In 1964, despite intense pressure from President Lyndon Baines Johnson, Prime Minister Harold Wilson repeatedly refused to dispatch British troops to Vietnam — publicly, at least.

As well as providing covert regional intelligence, Britain supplied military hardware via secret back channels and trained US forces in jungle warfare, allowed night-bombing raids over Laos to be flown out of a specially-built British air base in Thailand, and supported US commando river missions into Cambodia. It's estimated at least 2,000 Britons fought unofficially — SAS soldiers were civilian status in US units so their "British military identity" was obscured.