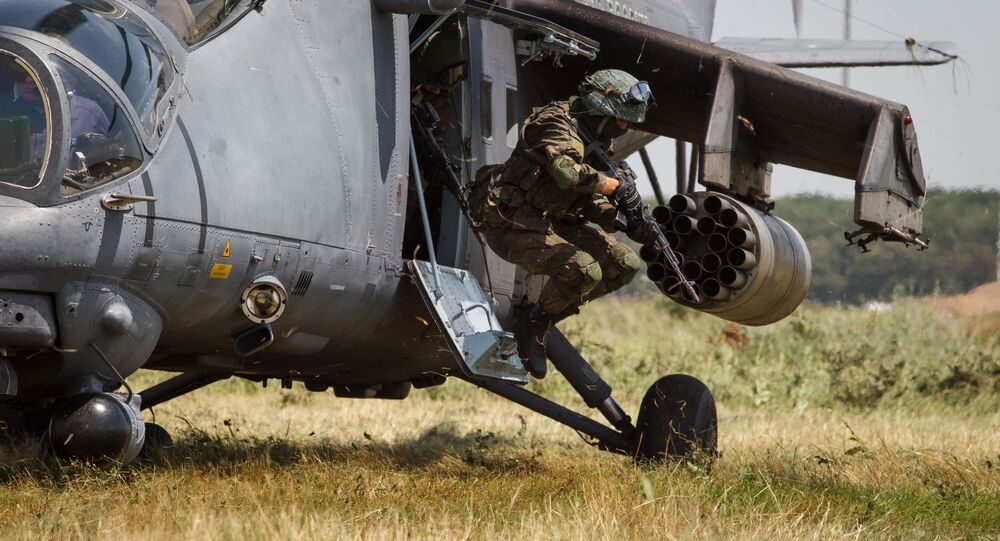 Ghost Fighters: The Most Important Operations by Russian Military Intelligence

Military intelligence, which is sometimes referred to as the eyes and ears of the Russian Armed Forces, has repeatedly proved that they are able to meet not only local tactical objectives, but also determine the fate of nations.

November 5 marks Intelligence Officer Day in Russia, and Sputnik has looked into some of the most important operations conducted by Russian and Soviet military intelligence.

This operation allowed Warsaw Pact troops to enter Czechoslovakia, putting an end to the reforms of the Prague Spring, a brief period of political liberalization in Czechoslovakia which lasted between January 5 and August 21, 1968.

On January 5, 1987, a Soviet reconnaissance group of the 186th Separate Special Forces detachment under the command of Major Yevgeny Sergeev began "a free hunt" on board two MI-8 helicopters.

© Sputnik / Solomon
A Soviet special forces group is seen after the capture of an enemy caravan. The trophies include Stinger systems. File photo

The goal was to try to seize a Stinger, the US-made man-portable air defense system which was widely used by Mujahideen Islamist militants during the 1979-1989 Soviet-Afghan war, posing a threat to low-flying aircraft, especially helicopters.

Killing at least 16 Mujahedeen militants on that day, the reconnaissance group captures three Stingers and full-fledged documentation on these systems. At the time, the Soviet command badly needed the Stingers in order to prove the CIA was providing substantive material support to the groups.

Russian military intelligence officers have often acted as instructors, advisers and immediate commanders on the battlefield for less experienced and well-armed soldiers.

That was the case with the 15th brigade of the GRU's Special Forces, which took part in the civil war in the ex-Soviet republic of Tajikistan in September 1992, in line with Moscow's instructions, warning against Tajikistan being turned into a high-crime area.

The Russian special forces trained local militia, escorted convoys with humanitarian aid and helped to evacuate civilians from the war zone. In early 1993, the GRU's special troops conducted a successful operation to liberate the Karategin valley, where scores of religious radical fighters were based.

Invisible Guards: What is Known About Russian Underwater Special Forces