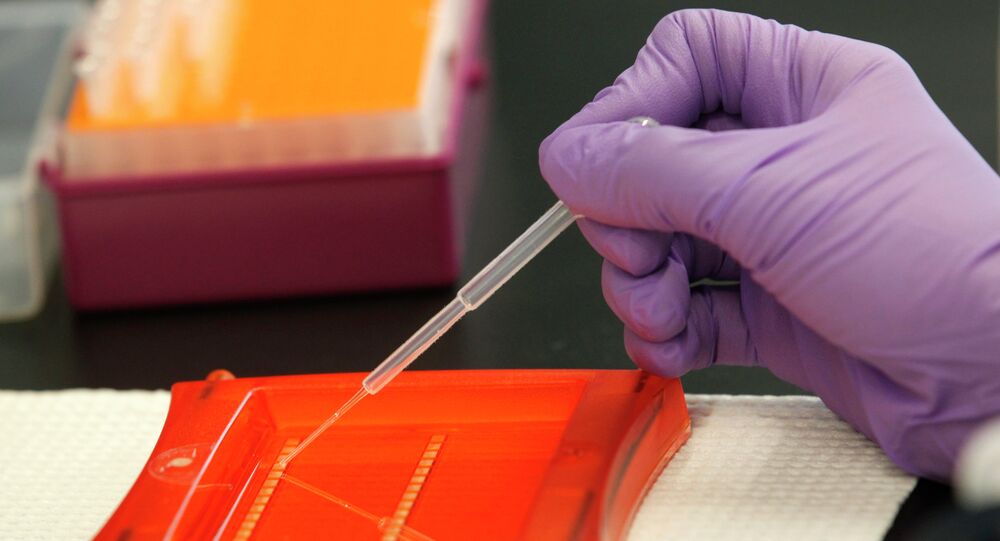 Pentagon Explains Why It Was Collecting Biomarkers of Russian People

The Spokesman for Air Education and Training Command explained that the researchers are using the samples to conduct musculoskeletal research aimed at identifying the different biomarkers associated with injury and were not targeting Russians with the study.

WASHINGTON (Sputnik) — The US Air Force's largest medical wing is not targeting Russians with its study on biomarkers, but rather is taking Russian samples in order to match a control group of samples originally provided by a US company, Spokesman for Air Education and Training Command Capt. Beau Downey told Sputnik.

"The study required two sets of samples for disease and control groups. The first set of samples was procured from a US-based company that was able to provide the number and type of samples to meet the research requirements (fresh frozen synovial fluid/tissue/RNA)," Downey said on Tuesday. "To continue the research, similar samples were required."

© CC0
Pentagon Awards Boston Hospital Genetic Engineering Research Contract
Downey said the researchers from the 59th Medical Wing's Center for the Advanced Molecular Detection did not stipulate to the company where the samples must originate.

The researchers are using the samples to conduct musculoskeletal research aimed at identifying the different biomarkers associated with injury, Downey said.

Senior Russian officials as well as President Vladimir Putin have questioned why US researchers were collecting genetic material from Russian people, noting that the purposes of the research were obscure.