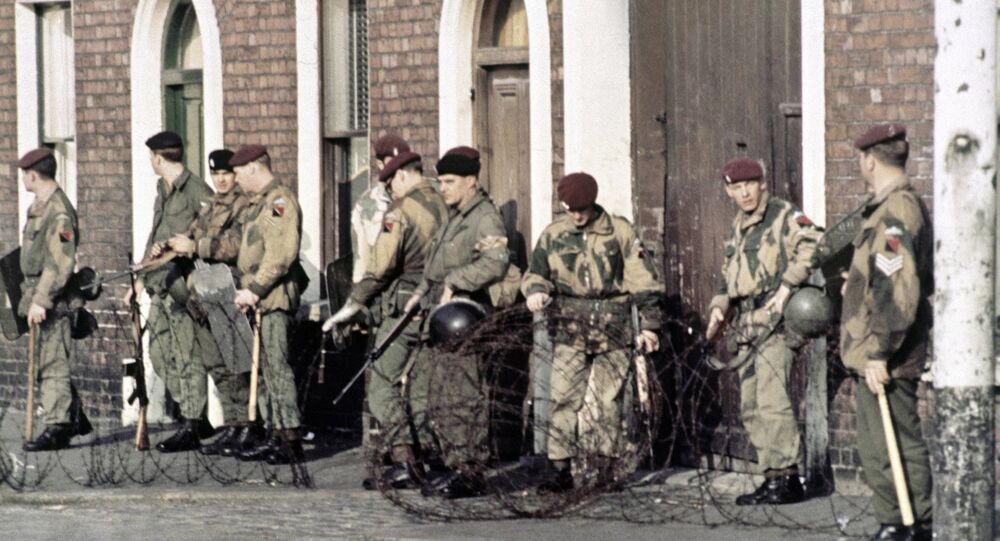 A Conservative MP is to propose a statute of limitations on the criminal prosecution of former British soldiers in Belfast - a potentially problematic proposal, given how long it has typically taken for such abuses to be jurisprudentially proven.

Richard Benyon, a Conservative MP and former army lieutenant who served in Northern Ireland during the Troubles, is to introduce legislation to parliament November 1, which would ban the criminal prosecution of former soldiers in Northern Ireland.

The Armed Forces (Statute of Limitations) Bill is intended to stop ex-servicemen being "hounded into old age" by "bogus" legacy cases, and would ban criminal action based on allegations over a decade old. The ban will also apply to civil legal claims.

Benyon, MP for Newbury and a member of parliament's intelligence and security committee, said he hoped to end the "hideous circumstance" of elderly men being "taken from their families in the early hours and flown to Belfast" for questioning.

"We have serving and former soldiers who have been subjected to ludicrous processes of lawyers accessing public funds to go after them with bogus claims, putting them through enormous strains. In some cases soldiers are being hounded into old age, this has got to be gripped — this is an opportunity for Parliament to reflect the will of the nation," he told the Sunday Telegraph.

In January 1972, British paratroopers opened fire on unarmed protesters in the notorious Bloody Sunday massacre, killing 14 and injuring dozens of others. It would not be until June 2010 that the Saville Inquiry concluded British soldiers had caused the deaths of innocent civilians who posed no threat of "causing death or serious injury" — and had lied in an attempt to conceal their actions.

It would take another five years before the Police Service of Northern Ireland reopened its own investigation into the tragedy.

Furthermore, there is strong evidence to suggest UK security forces (including the army, MI5 and Royal Ulster Constabulary) colluded with loyalist paramilitary groups in Northern Ireland on a huge scale during the Troubles, leading directly and indirectly to the deaths of hundreds in the process.

However, these allegations have never been proven in court — and given their historicity, they may well never be properly investigated, and the people involved never brought to justice, if a statute of limitations is imposed on military abuse allegations.

The legislation also aims to curb an alleged tide of "ludicrous" claims relating to actions in Iraq and Afghanistan. Defense Secretary Sir Michael Fallon has suggested the bill may have government support, after outlining plans for a statute of limitations on alleged crimes committed UK troops.

Julian Lewis, Conservative chairman of the Commons Defense Committee, which has previously recommended a statutory limit, is among a cross-party group of 11 sponsors backing the new bill, including Labour MP Madeleine Moon and two DUP MPs.

Benyon's proposals come mere months after Phil Shiner, the disgraced former lawyer who led an alleged "witch-hunt" against Iraq war veterans that cost UK taxpayers up to US$150 million, was struck off as a solicitor for dishonesty. His firm, Public Interest Lawyers, had since 2004 represented Iraqis who claimed they'd been subjected to human rights abuses by British forces during their six-year occupation of the country, and was responsible for bringing most of the cases under consideration by the now shut down Iraq Historic Allegations Team.

© AFP 2020 / Leon Neal
Phil Shiner of Public Interest Lawyers outlines his case against the Ministry of Defence to members of the media as he stands outside the High Court in central London on January 29, 2013.
However, Mr. Shiner was investigated by the UK Solicitors Regulation Authority (SRA) in January 2016, over allegations that he had acted dishonestly, without integrity, corruptly and recklessly.
© AFP 2020 / Dan Kitwood / POOL
Chilcot Report Proves Rights Abuse Predictable Aftermath of 2003 Iraq War

Charges included improperly paying tens of thousands to individuals in Iraq to find him clients, making unsolicited, direct approaches to potential clients via an intermediary, falsifying expense documents, entering into a number of improper fee arrangements, making improper public allegations about British Army conduct in Iraq and misrepresenting the progress of the al-Sweady Inquiry (which examined claims Britons mistreated Iraqis in May 2004) to his clients.