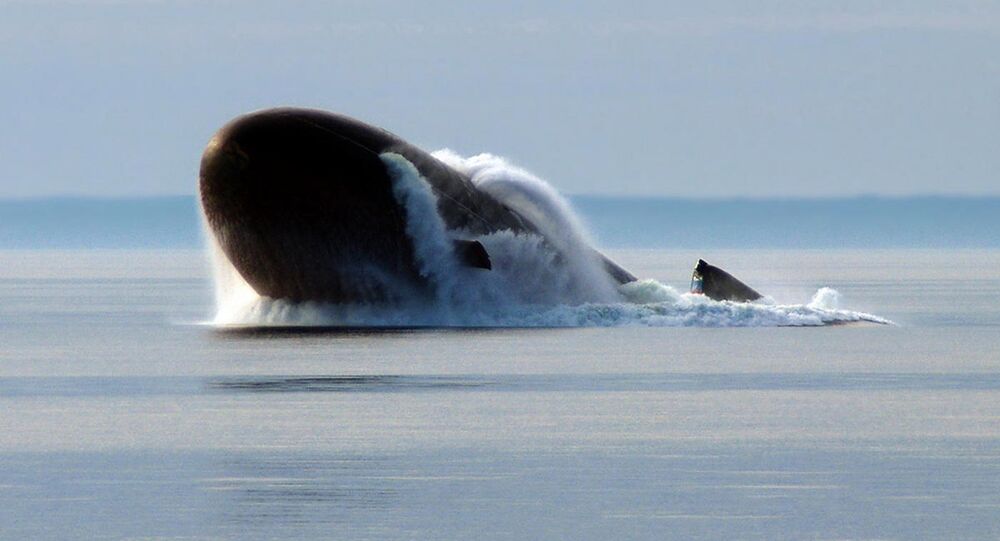 MOSCOW (Sputnik) — The Borei-class nuclear-powered subs are to become the mainstay of the naval component of Russia's strategic nuclear deterrent. The new vessels, with a length of nearly two football fields, can carry sixteen Bulava missiles, each fitted with up to 10 independently-targetable nuclear warheads.

"The Knyaz Vladimir nuclear-powered strategic submarine will be moved out from a slipway at the Sevmash enterprise in Severodvinsk in the near future," Korolev told Krasnaya Zvezda (Red Star) newspaper in an interview published on Monday.

Navy Commander-in-Chief said that Russia's Navy had regained its presence in the world's oceans.

© Photo : Admiralty Shipyards
Going Non-Nuclear: New Russian Sub's Invisibility System Will Be Tested in 2021
"The Russian Navy… has regained its presence on the world's oceans. There are over 100 ships belonging to all four fleets in far and sea zones," Korolev said in an interview.

According to senior Navy officer, Russian battle vessels have spent 17,100 days at sea in 2017. By 2020, the Russian Navy plans to operate a total of eight Borei-class strategic submarines.