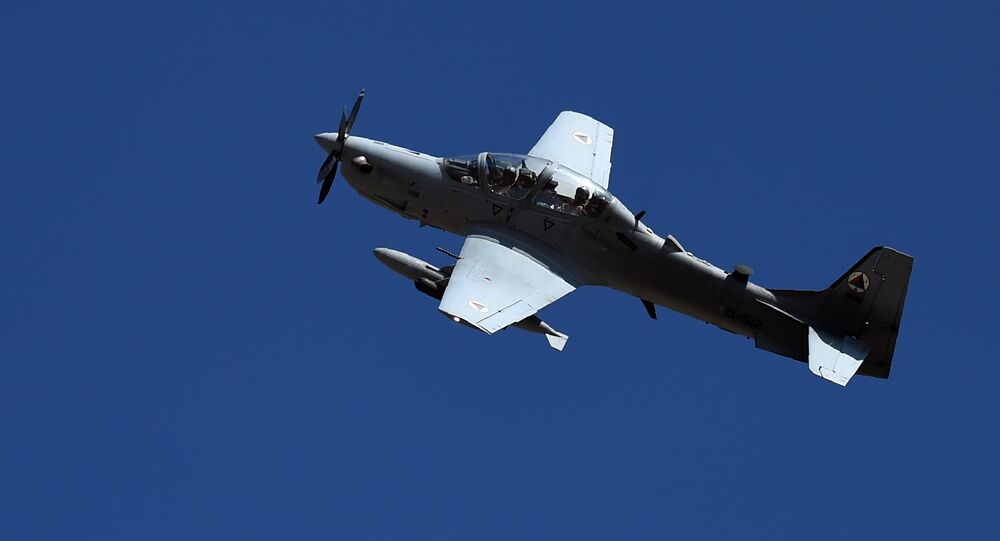 The US Defense Department has agreed to buy a half-dozen A-29 Super Tucano light attack aircraft for Afghanistan, Embraer Defense & Security, a Brazil-based company, said in an October 25 news release.

While the announcement does not indicate when the planes will be delivered, "production of these six new aircraft is to start immediately in Jacksonville, Florida," Embraer said, noting that it will partner with US-based Sierra Nevada Corporation to build the jets.

"We are proud to continue our support of the [US] Air Force's A-29 Afghanistan Program," said Taco Gilbert, senior vice president at the Sierra Nevada Corporation. The aircraft boast a relatively low cost per flying hour of around $1,000. Upon delivery, the Afghan Air Force will have 26 A-29s in their inventory.

Each plane runs about $18 million. The turboprop-driven planes can be armed with conventional or precision-guided munitions, short range air-to-air missiles and machine guns.
Embraer's stock was down about 2.8 percent as of press time. According to Reuters, the company said Friday that it expects earnings to fall in 2018 as a result of lower commercial jet deliveries.

In August, the US Air Force said the training program for Afghan pilots at Moody Air Force Base, Georgia, had been extended until December 31, 2020.

"This extension is based on the Afghanistan Air Force receiving six additional A-29 Super Tucano aircraft driving requirements for nine more pilots and 20 maintainers," the 23rd Wing Public Affairs office said. So far, 17 pilots and 48 maintainers have completed training at Moody AFB and travelled back to Afghanistan.

In November 2013, now-US President Donald Trump tweeted, "Do not allow our very stupid leaders to sign a deal that keeps us in Afghanistan through 2024-with all costs by USA." Another tweet from the same day reads: "We have wasted an enormous amount of blood and treasure in Afghanistan. Their government has zero application. Let's get out!"

As president, however, Trump announced a strategy to continue bombing the Central Asian country during an August speech.

"I will not say when we are going to attack, but attack we will…. We will also expand the authority of the US military to target terrorist organizations in Afghanistan as part of a new strategy in the region," Trump said.

Max Abrahms, member of the Council on Foreign Relations and counterterrorism expert, told Sputnik News this week that the Taliban "is not showing signs of weakness" and has actually gained territory recently. "The notion that we're going to turn the tide doesn't seem realistic," the Northeastern University professor observed.