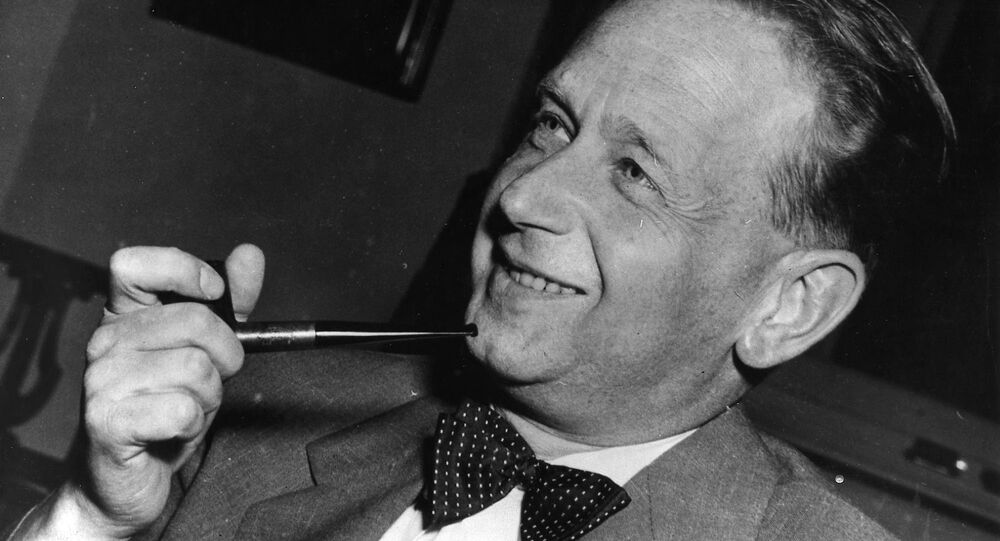 A new United Nations-mandated report has found it "plausible" an external attack or threat led to the notorious fatal plane crash that killed former UN Secretary-General Dag Hammarskjold in September 1961.

UN Secretary General Antonio Guterres tasked Tanzanian chief justice Mohamed Chande Othman to investigate the overnight crash into a forest on the approach to the Ndola airfield, in what was then northern Rhodesia, now known as Zambia.

​Othman's 63-page report is rife with new evidence on the crash of the DC-6 aircraft which killed 16, including the famed Swedish diplomat. It was presented to the UN October 25.

Hammarskjold was the UN's second Secretary General, appointed in 1953. His plane crashed en-route to a summit, at which he was going to attempt to negotiate a ceasefire in mining-rich Katanga province, in what is now the Democratic Republic of Congo (DRC). The incident remains a painful open wound in the history of the UN, and one of the 20th century's most enduring mysteries.

Othman's conclusion suggests the plane was deliberately brought down, either by "direct attack" or a distraction that diverted pilots' attention "for a matter of seconds at the critical point at which they were on their descent." Several witnesses attested to seeing a second aircraft in the air at the time.

"Based on the totality of the information we have at hand, it appears plausible external attack or threat may have been a cause of the crash. [There is a] significant amount of evidence from eyewitnesses that they observed more than one aircraft in the air, that the other aircraft may have been a jet, that SE-BDY was on fire before it crashed, and/or that SE-BDY was fired upon or otherwise actively engaged by another aircraft," Othman wrote.

​Othman had access to a wide range of information for his report. New evidence suggested Katangan rebels who opposed Congo's independence from Belgium had more air power than previously though. Instead of a single French Fouga aircraft, rebels may have had three, and other planes, including one from West Germany, available for their use at a number of airfields in the region.

Dag Hammarskjöld once said that the UN wasn’t created to take mankind to heaven, but to save humanity from hell. #UNDay pic.twitter.com/y00ed7umrq

The Katangese separatists were supported by powerful Western political and mining interests, not eager to see Mr. Hammarskjold's diplomacy succeed — and documents received by Othman indicate both the UK and US had agents in and around the Congo at the time of the crash.

At the time, Congo had only recently secured a troubled independence from Belgium, while the British and Portuguese continued to maintain colonial holdings around the area. The secession of Katanga brutally exposed the covert competition between rival powers and commercial interests for influence over Africa's future — and for supporters of Katanga's secession, Hammarskjold was a hate figure.

Othman's report noted that while UN troops were engaged in a three-way battle against European soldiers of fortune and rebellious forces, Western intelligence agents (in particular British and American) secretly chronicled and even perhaps steered events on the ground. US aircraft equipped with high-powered radio transmitters flew frequent clandestine intelligence missions in the area, routinely intercepting UN communications.

There were major concerns among the highest echelons of the UN about a potential attack on the plane even before takeoff, leading pilots to fly an indirect route, circumventing Congolese territory and observing near-total radio silence while in the air.

Theories over the decades have ranged from the crash being caused by an apartheid-era South African paramilitary organization carrying out a bomb plot — referred to as "Operation Celeste" — or the plane being shot down by a Belgian pilot. The Othman panel dismissed the theory a bomb brought down the plane, although could not conclude if sabotage was a cause of the crash. His team lacked access to original documents from South Africa detailing Operation Celeste.

Speculation and theorizing has been further driven by the refusal of several Western governments and intelligence agencies (in particular the UK, US and and Belgium, the former colonial power in the Congo) to disclose information relating to the crash.

​Ndola airport did not use its equipment to record radio traffic on the night of Hammarskjold's death, although a UK diplomat who was at the airport at the time, Sir Brian Unwin, recalled two US aircraft ran their engines on the airfield throughout the night, fueling suspicion they were monitoring radio traffic.

Moreover, Othman said there were clear indications British colonial authorities had sought to blame pilot error for the crash at the time, but he said that conclusion should now be considered "logically unsound."

"Judging from history and the manner in which potential new information has emerged over the years. It is still likely that additional information will be located, unearthed or made available," Othman concluded.