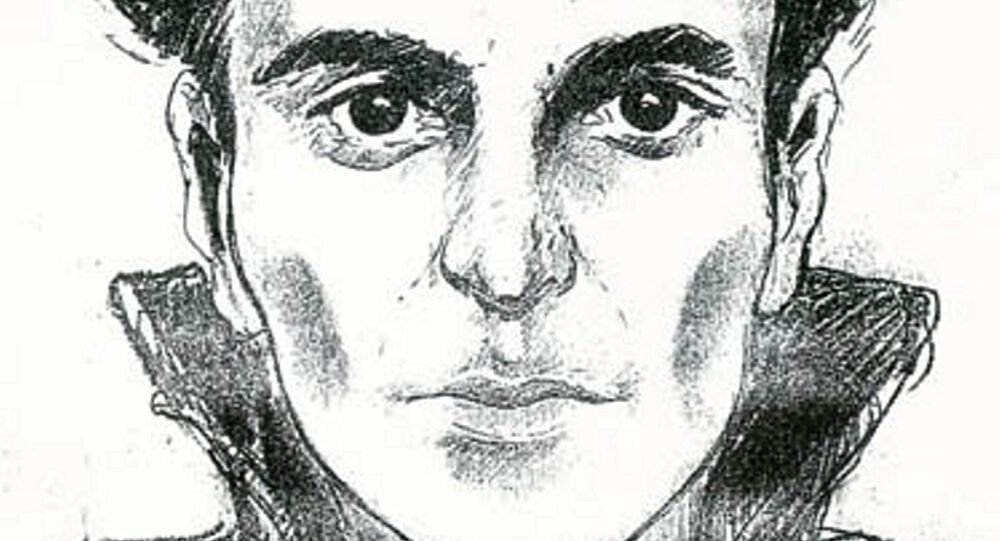 A deathbed confession has shed light on the identities of a violent criminal gang who terrorized Belgium in the 1980s. Independent researcher Tom Secker has told Sputnik the group was likely connected to "Operation Gladio" - a NATO effort that saw secret groups carry out false flag attacks in European countries throughout the Cold War.

A murder mystery that has gripped Belgium for three decades may be on the verge of resolution after a former policeman confessed on his deathbed to being one of the "Crazy Brabant Killers" — a violent criminal gang that killed 28 and left a further 40 injured in a string of robberies in the early 1980s.

During a three-year spree, the Brabant Killers — three disguised French-speaking men, who wore face paint and taunted and roared at victims during assaults, who were known as "the Giant," "the Killer" and "the Old Man" — staged over a dozen raids.

They targeted supermarkets, hostels and gunsmiths, shooting customers, staff and even children, often merely in pursuit of petty cash and low-value goods. The group's last strike was in November 1985, when they burst into a supermarket in Aalst firing pump-action shotguns. Eight were killed in the raid, including people cowering on the floor and a nine-year-old girl waiting in a car outside.

Their activities then mysteriously ceased, but their murderous antics have retained a mesmeric hold on the Belgian public's imagination ever since.

Now, the brother of a retired policeman in Aalst, near Brussels, has come to claim that his dying sibling had confessed in 2015 to being suspected ringleader "the Giant."

That there was a potential connection between the "Crazy Brabant Killers" and the Belgian state has been the subject of much theorizing, almost ever since the group's first attack.

For one, the killers' weapon proficiency suggested professional training — and that the group acted with apparent impunity for so long despite their brutality raised suspicions the group was protected in some way.

© AFP 2021 / STR / TURKISH PRESIDENTIAL PRESS OFFICE
Erdogan Wants to 'Smash NATO Secret Army' Allegedly Involved in Attempted Coup
Some have suggested the group were connected to Operation Gladio — a clandestine NATO "stay-behind" operation during the Cold War, which saw right-wing groups in many European countries covertly funded, trained and armed by the military alliance, which would go on to carry out false flag terror attacks as part of a "strategy of tension," and discredit the left. In 1990, the European Parliament sharply condemned NATO and the US for having manipulated European politics via these stay-behind networks.

The connection between the Brabant gang and Gladio nonetheless has not been incontrovertibly proven, but for independent researcher Tom Secker, that's "largely because of state secrecy."

"The question as to whether the Gladio network were involved in the Brabant massacres was raised as part of a Belgian parliamentary inquiry, which essentially failed because the security services refused to release the names of the members of SDRA8 and STC/Mob, the two divisions that were part of the stay-behind armies of the previous three decades. Two figures are of particular significance — M. Raes, who would have been in charge of the communications arm of STC/Mob, and Lieutenant Colonel Bernard Legrand, chief of the military secret service and therefore in charge of SDRA8, the arm of the Belgian Gladio group responsible for intelligence, documentation and action — i.e. spying and fighting," Mr. Secker told Sputnik.

NATO Chief Jens Stoltenberg And His Top-Secret KGB Past

"Another plan emerged — the names were to be released to a select panel of three senior judges, which would only make names available to the Senate Commission if anyone were implicated in the Brabant attacks. As such, confidentiality could be maintained except in the possible cases where the Belgian secret army were involved. This was flatly rejected, as was a further suggestion that just the birthdates could be revealed. Maes and Legrand subsequently resigned after it emerged a story in [Belgian newspaper] Le Soir mocking the commission's attempt to get the names of the stay-behind forces was printed on the orders of a senior intelligence official, probably Legrand himself," he explained.

In Mr. Secker's opinion the "most interesting" episode in the history of the Belgian Gladio wing was the Vielsalm incident, which took place in 1984. According to an investigation by the Belgian senate, a squad of US Marines took off from an airport near London and parachuted into Belgium, where they were met by an agent of SDRA8.

"Their mission was to attack a gendarmerie barracks in Vielsalm, under cover of the annual NATO Oesling exercise being run at the time. According to Daniele Ganser's book on Gladio [NATO's Secret Armies] the Marines were running around the Belgian countryside for two weeks causing trouble, including throwing a grenade at the Attorney General's office. The attack on the Vielsalm barracks was officially cancelled, but went ahead anyway, killing one of the guards there. Weapons stolen from the barracks later turned up in a safe house for Belgian and French Communist gangs, who were being framed for violent atrocities," he continued.

Despite all this context, mainstream media coverage of the alleged deathbed confession has strenuously avoided mentioning Operation Gladio, or even SDRA8 — instead only implying these were "politically-motivated crimes disguised as the acts of crazy violent gangs."

"Indeed, the Guardian's piece on the story goes so far as to say the 'radical left or right' were trying to destabilize the Belgian state, as though it's the state that was the real victim here, rather than the real perpetrator. It's a masterpiece of doublespeak," Mr. Secker concluded.