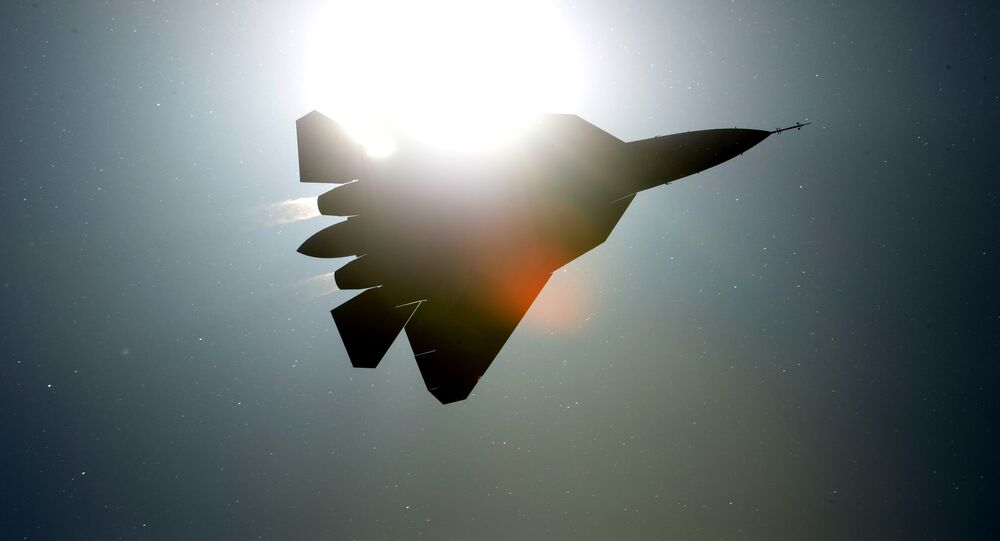 A high-level committee set up by the Indian government to examine various aspects of the project has recently submitted a report, and the defense ministry is likely to take a call on it soon.

New Delhi (Sputnik) — India's state-owned Hindustan Aeronautics Limited (HAL) has termed the Indo-Russia Fifth Generation Fighter Aircraft project as the best technology offer India has ever received, and that it is a great opportunity for India as a country and for the defense industry as well.

HAL Chairman T Suvarna Raju said he hoped India's Ministry of Defense would soon sanction the project while claiming that the first aircraft would be ready in three years from the date of approval.

© AP Photo / AJIT KUMAR
Russia to Upgrade India's Frontline Fighter Jet Su-30MKI Into Super Sukhoi
The Indo-Russia FGFA project was started in 2007 when both countries signed an intergovernmental pact and completed the preliminary design in 2013. India has spent $240 million to date towards the project, which in India is called the "Perspective Multirole Fighter."

However, delays were caused by New Delhi and Moscow disagreeing over many fundamental aspects of the joint development project, including work and cost share, aircraft technology, as well as the number of aircraft to be ordered.

"Technology-wise, we have done the preliminary design already. It's just one step more to move on to. The fifth generation is an opportunity for India to learn the technologies and I would definitely see this will be the first project, the way the contract has been written, it has lots of benefits and it will definitely have a very positive impact," Raju added.

© AFP 2021 / ARUN SANKAR
India to Have Public-Private Aerospace Consortium to Conquer Global Industry
Earlier this month, Indian Air Chief BS Dhanoa had said that the ball is in the government's court. "The case is with the Ministry of Defense. The Varthaman committee has submitted its report, which is classified and we have also given our response," Dhanoa told reporters ahead of Air Force Day.

The Russian-Indian Sukhoi/HAL FGFA will be based on the Russian PAK FA T-50 prototype jet. Russia has developed six T-50 prototypes and the second stage of the trial is underway following the completion of the first set of flight tests. It is likely to be completed by 2018, paving the way for the serial production of the aircraft for induction into services starting 2019.