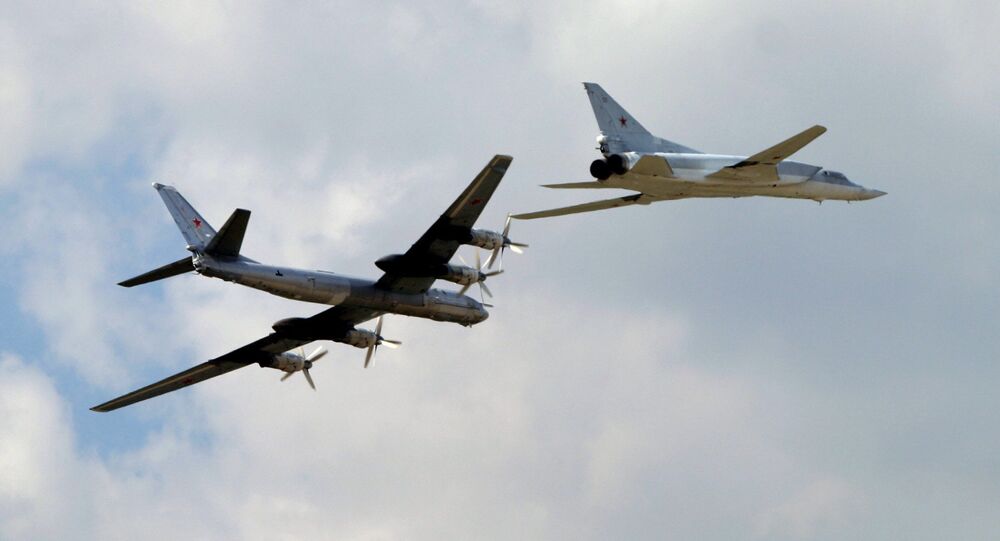 Glorious Wings: the Very Best of the Tupolev Bomber Aircraft

Sunday, October 22, marks the 95th anniversary of the Tupolev design bureau, one of the world’s best-known aircraft manufacturers. Dozens of types of military and civil aircraft have been developed by its engineers. Many of its designs have gone down in the history of aviation.

The Tu-2 frontline bomber made its maiden flight in 1941, soon after the beginning of the 1941-1945 Great Patriotic War. On the outside, the aircraft was pretty similar to the Pe-2 bomber which was already in service with the Soviet air force. At the same time, the Tu-2 surpassed the Pe-2 in its capabilities, including speed, operational range and combat payload.

Its pilots noted that the new bomber was easier to fly and could return to  base after one of its engines failed. The Tu-2 had a reliable design and was protected with armor and powerful weapons. Tu-2 bombers often flew on a mission without being escorted by fighter aircraft.

© Sputnik / V. Shiyanovskiy
Reproduction of a photo of the Tu-2 attack plane from the Air Force Museum in the village of Monino

Due to the difficulties of wartime, mass deliveries of the Tu-2 to the armed forces began only in 1944. The aircraft was produced until 1952 and after the war ended it replaced the Pe-2 in the Soviet military.

In addition to its combat use during the war, the Tu-2 was also exported to China and Europe after the war. The aircraft was in service with the Chinese air force until the beginning of the 1980s. A total of some 3,000 Tu-2 bombers were manufactured.

The Tu-16 bomber replaced the Tu-4 and opened the era of Soviet long-range jet bombers. The first aircraft were delivered to the military in 1954.

The Tu-16 boasted a number of breakthrough solutions at its inception, including two pressure cockpits with ejecting seats, a powerful system of defensive weapons and landing gear allowing for landing both on a tarmac and unprepared airfields.

The aircraft was created at the dawn of the Soviet nuclear program and the first Soviet bomb, the RDS-37D, was dropped from a Tu-16 in 1955.

The bomber was exported to such countries as Indonesia, Iraq and Egypt. It participated in numerous conflicts around the world, including the Six-Day War in 1967, the 1973 Arab-Israeli War and the Iran-Iraq war.

The legendary Tu-95 (NATO reporting name "Bear") strategic bomber was developed in the first half of the 1950s and had been the main force in Soviet nuclear deterrence until the first intercontinental ballistic missiles were created.

The Tu-95 has had a number of modifications. The Tu-142 anti-submarine aircraft designed on the basis of the Tu-95 is still in service with the Russian Navy.

Today, the Tu-95MS missile-carrying strategic bomber and the Tu-160 are the pillars of the aviation component of Russia’s nuclear deterrence. The bomber has also been involved in  Russian military operation in Syria, firing the Kh-101 missile on terrorist targets. A total of 400 Tu-95 bombers and its modifications have been built up to date.

At the end of the 1950s, the Tu-16 was replaced with the Tu-22 supersonic bomber. A total of 300 aircraft were produced in different modifications, including bomber, missile-carrying bomber, reconnaissance aircraft, electronic warfare planes and training aircraft.

The Tu-22 was modernized and upgraded several times, including new engines and electronic systems.

The aircraft was in service with the air force of Libya and Iraq. It took part in several conflicts, including during the Soviet invasion of Afghanistan.

The Tu-22M (NATO reporting name "Backfire") was developed in the late-1960s. After five years of improvements, its modification, the Tu-22M2, entered service and after another five years the Soviet military received a new version, the Tu-22M3.

The Tu-22M is a supersonic long-range bomber and maritime strike bomber with a variable-sweep wing design.

The bomber can carry up to 24 tons of combat payload and reach speeds of up to 2,300 kmh. Currently, the Tu-22M is armed with the Kh-22M supersonic guided missile of different modifications capable of hitting ground and maritime targets at a range of up to 480 kilometers.

In addition, the Backfire can carry aviation bombs and up to 10 Kh-15 missiles. They can reach speed of up to Mach 5 and destroy enemy targets at a distance of up to 300 km.

By the end of the 1990s, a total of 500 Tu-22M bombers had been manufactured, and its modernization continues today. The new version, the Tu-22M3M, will have improved combat capabilities. The aircraft will have a digital targeting system, advanced avionics, new communications equipment and will be able to carry the Kh-32 and Kh-38 high-precision missiles.