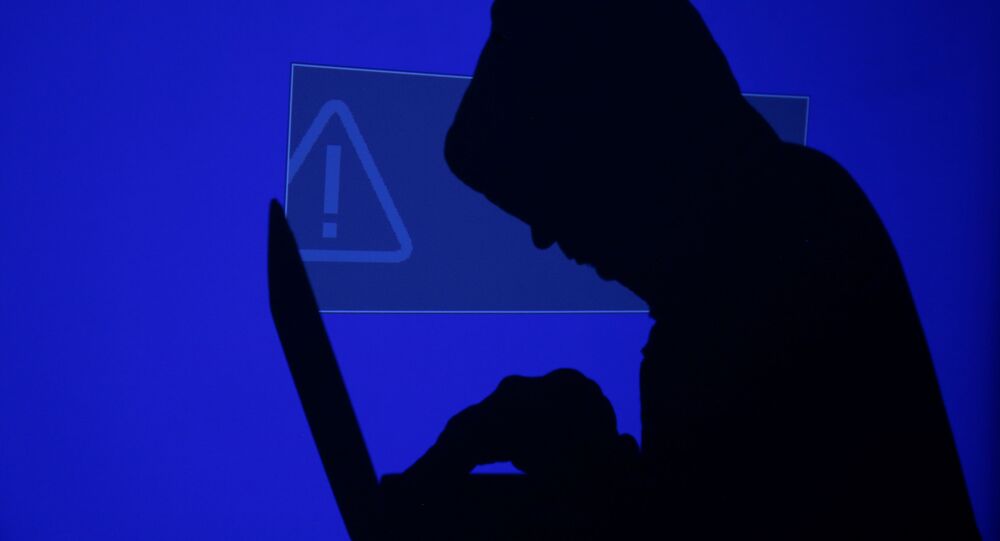 Tackling Terror Through Tech: The Problem and Answer One and the Same?

Employment of technology in the fight against its exploitation by terrorists is a double-edged sword with occasional "unintended side-effects," something that both UK’s chief spy and a political analyst at the University of Buckingham agree on.

Speaking for the first time since the deaths of 35 people in Islamist terror attacks at Manchester Arena, Westminster and London Bridge, the counterintelligence chief warned that technology was not the enemy, saying: "I'm not King Canute, trying to hold back the tide of developing technology."

He demanded, however, that technology companies must help the government tackle the "unintended side-effects, the dark edges of all of those developments where advantage is given to terrorists and spies who mean us harm."

Mr. Parker said the ease of online purchasing, social media content together with encrypted communications is playing into terrorists' hands, warning that addressing these challenges will require partnerships and ethical responsibilities.

While technological advancement was inevitable as it was welcome, the security boss admitted however, that:

"All those [technological] developments that we have give opportunities at the edges to terrorists. An unintended side effect is that these advances also aid terrorists. Whether it's the ease of online purchasing, social media content, or encrypted communications, addressing these challenges is about partnerships and ethical responsibility."

"No company wants to provide terrorists with explosive precursors. Social media platform's don't want to host bomb-making videos. And communications providers don't want to provide the means of terrorist planning beyond the sight of MI5. Some helpful action is being taken. But there is a challenge of pace, volume and reach as these technologies continue to develop so rapidly. We have a shared responsibility to do all we can to prevent terrorist exploitation of internet-carried services," Mr. Parker said.

Dr. Anthony Glees, professor of politics at the University of Buckingham, and the director of its center for security and intelligence studies, admitted that while technology was a problem, it could ultimately be an important part of the answer.

"If technology is part of the problem, it is also an important part of the answer. What people like Edward Snowden and Julian Assange say, the facts of the matter are that we are still, our state, are still masters when it comes to technology. That is the best means of keeping people safe, knowing who is out there, being recruited, who is out there accessing these websites and we have got to make sure we are up with the best," Dr. Glees told Sputnik.

Speaking then, UK prime minister Theresa May said: "We are launching a joint UK-French campaign to ensure the internet cannot be used as a safe space for terrorists and criminals. Our campaign will also include exploring creating a legal liability for tech companies if they fail to take the necessary action to remove unacceptable content."

With the terror threat now operating at an unrelenting pace, Mr. Parker also voiced fears of an even greater risk to national security with the decline of Daesh in the Middle East.

He warned it will increase further as British jihadists try to return home, revealing that Daesh propaganda is now urging them to stay in their home countries and commit terror attacks there, rather than travel to Syria or Iraq.

"This upshift is driven by the murderous strategy of Daesh and online propaganda. Daesh directing mass casualty plots, Daesh encouraging particular extremists in the UK to kill, Daesh inspiring attacks generally, by lone actors or small groups or anyone who will listen to their poisonous message. We've also seen that terrorism breeds terrorism. Would-be attackers take encouragement from acts of others and can be galvanized into taking action themselves, acts of violence become normalized in their twisted thinking," Mr. Parker said.

Mr. Parker's comments did not come as a surprise to Dr. Anthony Glees, as they were made shortly before the British chancellor delivers his budget.

Dr. Glees said the MI5 boss was putting down an early marker for more money to be directed to the security services to fight the threat of terrorism.

The professor said the uncertainty over Brexit and the protection of British borders was also of key significance.

"Every single day there is a joint operation between the UK and its European counterparts. Whatever happens after Brexit Britain must continue to work with the EU27," Dr. Glees told Sputnik.

"The first is, of course, border control and immigration as this will become even more sensitive and we will need to see massive spending on new technology and new people which could very well break the British economy."