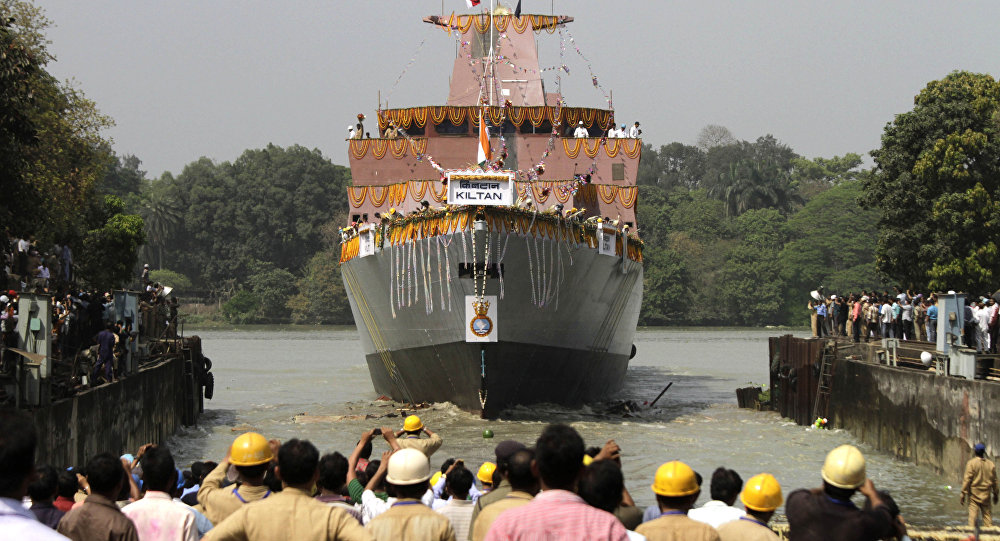 It is India's first major warship to have a superstructure of carbon fiber composite material resulting in improved stealth features, lower top weight, and maintenance costs.

"INS Kiltan strengthens our defense system and will be the shining armor in our Make in India program as it is totally built here," Indian Defense Minister Nirmala Sitharaman said on the occasion.

The anti-submarine stealth corvette INS Kiltan has been designed by the Directorate of Naval Design under Project 28 of the Indian Navy.

​"INS Kiltan is the latest indigenous warship after the Shivalik-class, Kolkata-class and sister ships INS Kamorta and INS Kadmatt to have joined Indian Navy's arsenal wherein a plethora of weapons and sensors have been integrated to provide a Common Operational Picture," a statement from the Indian Navy said.