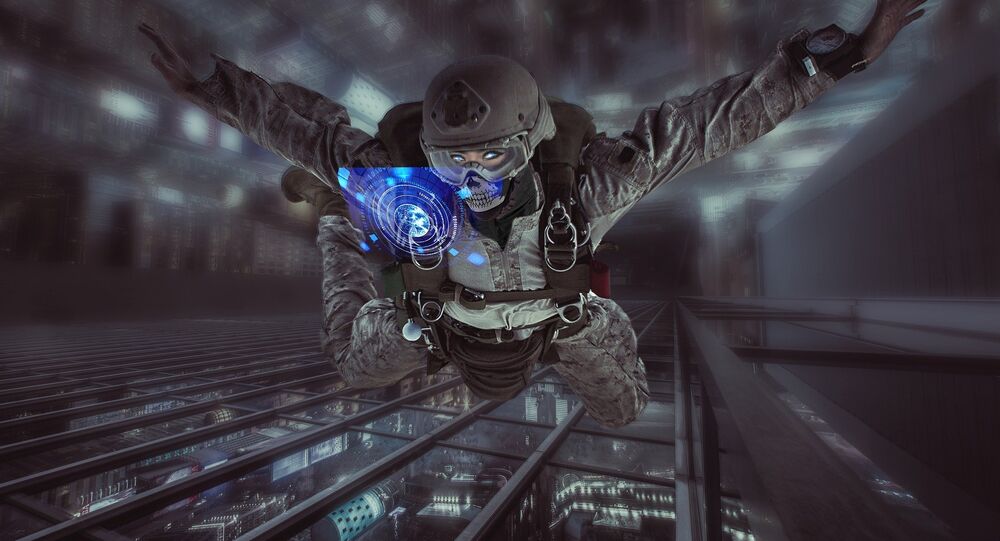 US Pushes Ahead With 'Internet of Battlefield Things' Research, But Risks Remain

The US army has enlisted the help of a leading university to work on bringing Internet of Things technologies to the armed forces. However, the risks associated with such provisions when used by consumers may well still apply in a combat scenario - with far more dire implications.

The University of Illinois will lead a six-year program funded to the tune of US$25 million by the US Army Research Lab, working on bringing Internet of Things (IoT) technologies to the US Army.

This initiative is officially known as the Alliance for IoBT (Internet of Battlefield Things) Research on Evolving Intelligent Goal-driven Networks, or IoBT REIGN.

The program will not concentrate on developing new hardware, but rather make use of existing devices and connect them to a single military network that will work intelligently.

However, IoBT is also intended to connect human soldiers with smart technology in armor, radios, weapons, and other objects, to give troops "extra sensory" perception, offer situational understanding, endow fighters with prediction powers, provide better risk assessment, and develop shared intuitions. Devices under consideration include sensors, cameras, and other such data recording technology in military vehicles, weapons, armor, as well as other wearables.

It is hoped further integration of IoT technology into battlefields will offer several advantages. For instance, technology that better tracks and predicts enemy movements could lead to a reduction in casualties, and more sophisticated data tracking on supply runs could lead to efficiencies and cost savings.

Moreover, in a conflict environment, humans have to frequently adapt to unexpected changes, and with access to an ever-evolving network of "things" at their disposal, soldiers could have systems that allow them to analyze available resources and change strategy to best meet requirements of the incumbent battlefield.

The IoBT system is also intended to retain cognitive abilities, and be able to fuse data from technology with data from humans, functioning in a continuous state of learning at multiple timescales. Learning from previous actions while acting in the present and anticipating future moves, it could be able to provide commanders with the most relevant information at any given time.

The security risks of IoT technology have repeatedly been noted and demonstrated by white and black hat hackers alike, and when those vulnerabilities are transposed to military systems, the hazards and stakes increase significantly.

For instance, hackers have hijacked car technology remotely, accessing onboard smart tech and disabling critical functions such as steering and braking, and there are suggestions WiFi networks available to passengers on commercial airlines make some planes vulnerable to similar efforts.

The question is whether military jets and jeeps can and/or are susceptible in the same way.

Why in-flight WiFi could lead to planes being taken over by hackers http://t.co/0735kyUKtx #hacking pic.twitter.com/EozfCUb3A3

​As the US Department of Defense (DoD) itself notes in a 2016 briefing paper, the number and relative simplicity of IoT devices greatly expands "attack surfaces" exposed to the Internet, among other grave threats.

"The IoT provides many more potential BotNet participants and directions from which attacks can originate. These BotNets may use DoD platforms to mount attacks elsewhere, or to directly attack DoD networks and computers. The ability to obtain many dimensions of information about the same assets through various IoT capabilities whose information is aggregated for big data analytics renders it a far bigger target for attackers looking for high value information: With much of industry using IoT and related industrial control devices, the potential for devices to be compromised greatly increases, which in turn can compromise critical manufacturing capability," the report stated.

© Photo : Pixabay
UK Government to Launch Its First Public Inquiry Into AI
IoT devices can moreover not merely be compromised, they can also be counterfeited or subverted during their manufacture and distribution with the introduction of "back doors" at various points in the supply chain. Therefore, it's not necessary for attackers to find and exploit vulnerabilities when they can just unlock a back door they themselves have installed.

Finally, the increasing prevalence of software and networking embedded in purchased devices has increased restrictions on what owners can do with their devices, and this could apply to the military too. For example, troops or vehicles may not receive needed security patches, leaving their system antiquated, and unable to access shared networks as a result — or users may be restricted from opening or repairing their owned device when needed.

Don't Own an IoT Device? No Worries, Your Headphones Can be Hacked Instead