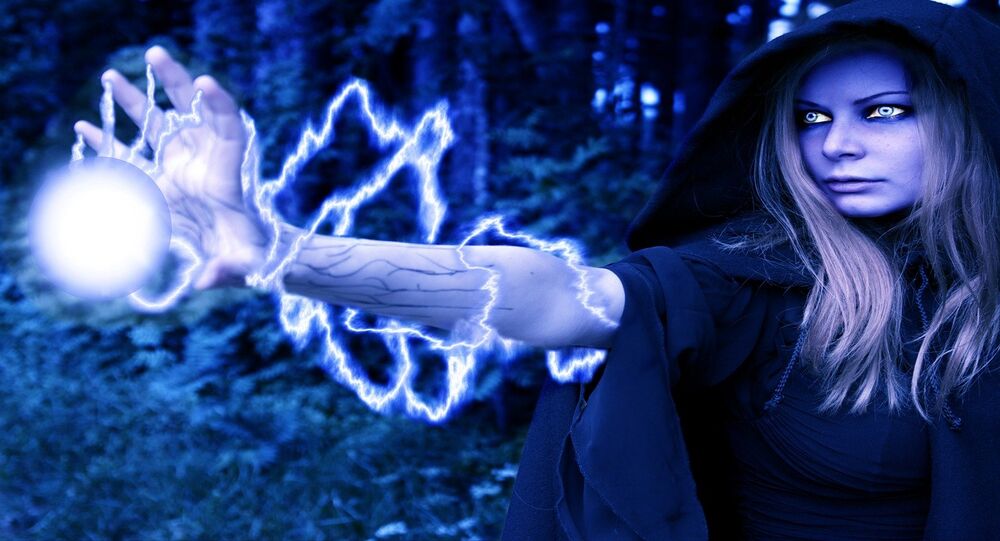 1990: Pentagon Believed Superhero Soviets Could Shoot Lightning From Their Hands

In the twilight years of the Soviet Union, Pentagon staff were convinced Russian scientists had mastered "superhuman" capabilities, that allowed subjects to shoot lightning from their hands.

Recently declassified documents relating to the US military's StarGate project show Pentagon officials believed Soviet spies were able to manifest "ball lightning" by using the brain as a "superconductor" as late as 1990.

According to the documents, that year, a member of the Defense Intelligence Agency (DIA) took interest in an article from the Chinese Journal of Somatic Science, itself a translation and summary of an article from the Soviet Science and Life magazine. The staffer then retranslated the Chinese translation for the Pentagon's files, and incorporation into the StarGate program.

© Photo : Pixabay
Nowhere to Hide: How CIA Used Clairvoyance to Spy on Martians

The article focused on "super-sensitives" — alleged masters of "super-perception" with "amazing abilities" that let them diagnose and treat illnesses "with results better than doctors" using only their hands. Super-sensitives would, according to the article, "feel the biological field with his hands" a few centimeters away from a patient. Moreover, their abilities were said to improve over time, to the point they had "super human abilities to cure ailments."

The translation also describes a conversation with the "Deputy Director of the Soviet Academy of Sciences Radio Technology and Electronics Institute and director of the Radio Electronics Remote Sensing Methods Graduate Body Laboratory" — over the course of the chat, the director allegedly said he had discovered a plant "which can detect evidence of a crime" and transmit it to a super-sensitive.

"When a super-sensitive is concentrating his thoughts, he can cause his biological field to intensify six-fold. For example, 200 years ago all of Europe was astounded by the discoveries of [Franz] Mesmer. He was the primary super-sensitive of that time. He was able to receive a special kind of magnetism from the Earth and because of this he was able to cure peoples' ailments," the article reads.

Mesmer — from whose name the term "mesmerized" is derived — was a German physician with an interest in astronomy, who believed that there was a natural energetic transference that occurred between all animated and inanimate objects (which he dubbed animal magnetism). His hypothesis was resoundingly discredited in the 1800s and he was driven into exile.

© Photo : Pixabay
The Truth is In There: Declassified CIA Papers Reveal UFO and ESP Secrets

The article asserts the brain can have act as a "superconductor," which allowed super-sensitives to create "ball lightning" within a "channel" of energy, which they would "only have to concentrate."

According to discussions with a lab researcher, physicist, and mathematician, the Soviets had, while researching control of body temperature, discovered the electrical power source "is on the skin." So-called "super-sensitives" are even allegedly able to bring dead plants back to life.

"This is what that person does — he stretches out both hands to within 15 to 20 centimeters of shrivelled green leaves, and it looks like he is going to inject new life into dead cells. After several minutes, the leaves begin to shine, and have been restored to life," the article continues.

In closing, the article's author says anyone who doubts the veracity of these apparent superhuman capabilities are "stupid" and "arrogant."

"What does quantum mechanics count for? Do you think all animals in the world are as simple as you? We have entered another realm. The skin is a very complex biological living machine. It is a primary object of our long-term research. The body's electric power source results from friction generated [static] electricity," the article concludes.

© Photo : Pixabay
Secret Agents on Jupiter: Why Did the CIA Hire a Legendary Psychic?
The StarGate project was established in 1978 at Fort Meade, Maryland, by the DUA and SRI International (a California contractor) to investigate the potential for psychic phenomena in military and domestic intelligence applications.

Ingo Douglas Swann was the man behind the project. He was a claimed psychic, artist, and author known for being the co-creator, along with Russell Targ and Harold Puthoff, of "remote viewing" —  a process in which viewers were allegedly able to view a location given nothing but its geographical coordinates.

In one such session detailed in the StarGate files, Swann reportedly transferred his consciousness to the planet Jupiter.