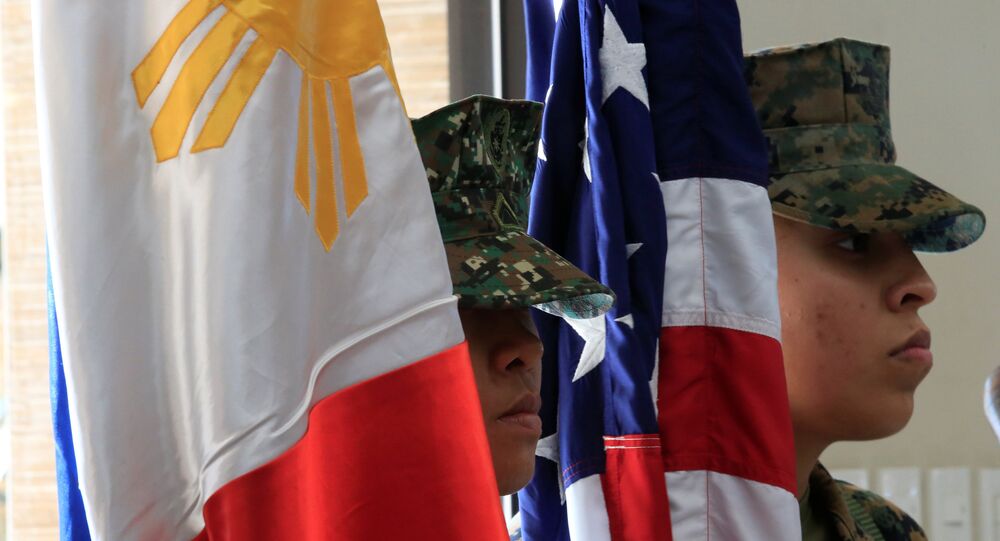 US and Philippines Marines and sailors on Monday kicked off inaugural joint drills codenamed Kamandag, the US Embassy in Manila said in a statement.

Kamandag stands for "Cooperation of Warriors of the Sea" and is aimed at increasing counterterrorism, humanitarian assistance and disaster-response capabilities through bilateral military exchanges between the Armed Forces of the Philippines (AFP) and US forces, the statement said.

Washington and Manila have long been conducting joint military activities to strengthen interoperability and boost the overall combined responsiveness of their forces to crises in the Indo-Asia-Pacific region.

"The exercise will… further reinforce our illustrious decades-long alliance," Molly Koscina, a spokeswoman for the US Embassy in Manila, said in the statement.

Since Duterte took office in June 2016, there have been some changes in the existing range of US-Philippines military exercises, with some cancellations, additions, refocusing and renaming.

© AP Photo / Bullit Marquez
Bodyguard of Philippines President Rodrigo Duterte Found Shot in Manila
Counterterrorism has become particularly important for the Philippines following the Marawi crisis earlier this year. Martial law was declared on the island of Mindanao, where the city of Marawi is located, in May after conflict erupted between Philippine security forces and Islamic extremists affiliated with Daesh terrorist group attempting to take over the city.

Kamandag maneuvers will be held at multiple training areas and bases on the Philippine main island of Luzon and involve a total of 900 Marines and sailors.