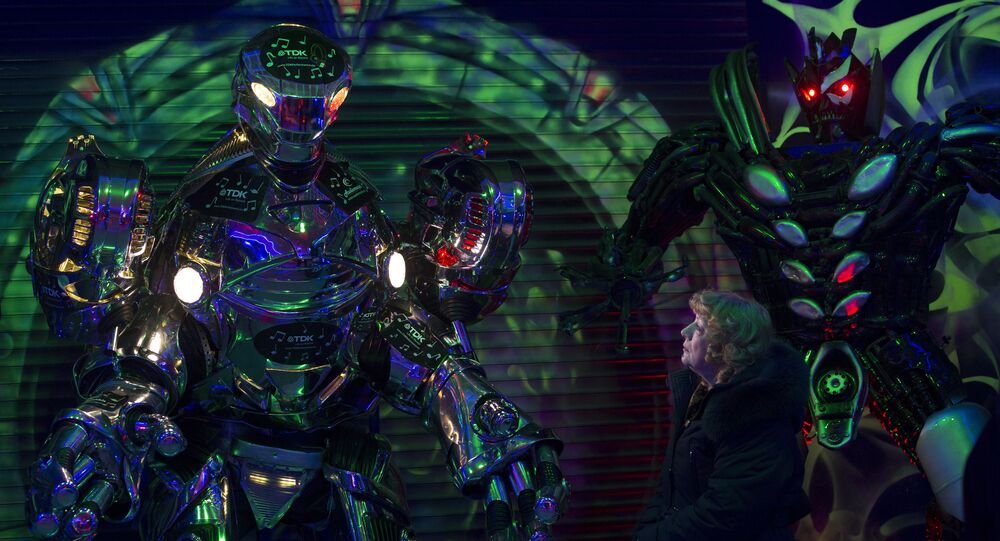 As future wars will be increasingly fought by intelligent robots that effectively replace human soldiers, Norwegian researcher Morten Hansbø fears that his country might be caught unawares by the latest trends in unmanned warfare.

Only years from now, war robots fully capable of understanding their surroundings, adapting to weather conditions and navigating without GPS may become a reality, wrote researcher Morten Hansbø of the Norwegian Defense Research Institute (FFI) in his article "Robotics, Combat Power and Sustainability in the Future Defense."

Countries that don't use robotics may become easy prey in future warfare, Hansbø claimed in an interview with the Norwegian daily Aftenposten.

"A defense that does not rely on robotics will have little credibility 15 years from now," Morten Hansbø said.

© REUTERS / Nerijus Adomaitis/File Photo
Absurdly Wealthy: Oil-Rich Norway's Piggy Bank Surpasses $1 Trillion Landmark
Hansbø referred to an ongoing investigation of the armed forces to come, that indicated that self-steering tanks will soon be superior to traditional manned tanks. The same applies to the new generations of combat aircraft, as air fighting will be dominated by self-directed weapon systems before long. In a matter of a few years, robots will be able to adapt to unexpected situations in the same way humans currently do.

"The coming decade may become the Armed Forces' 'Kodak moment,'" Morten Hansbø wrote, referring to the photo giant that missed the moment when digital photography replaced traditional film and fell irreversibly behind.

According to Hansbø, the use of unmanned systems by Norway's adversaries will put the Nordic country's military capacity under further pressure, while also questioning its relevance.

© AP Photo / Francois Mori
Official Report Finally Reveals Why Norwegian F-16 Mistook Tower for Target
In August, 116 technology experts, including Elon Musk of the electric car company Tesla, called on the UN for an outright ban on the use of artificial intelligence in weapons technology, warning of a possible "revolution in warfare." The FFI researcher argued that a ban on robotic warfare might prove ineffective, as the technology will spread like wildfire, once developed.

"It will be difficult to define what is lawful and what isn't, and technology is always ahead of law. Some will respect a ban, others won't — as it is today for other weapon systems," Hansbø argued.

Hansbø went on to describe clever tactics that may possibly be utilized to overcome a superior power by sending swarms of cheap drones to wear out advanced weapons systems, referring to a case described by US General David Perkins at an army seminar in Alabama, when the US had supposedly used a costly patriot missile to shoot down an ordinary drone.

"When there are hundreds of drones against you, you quickly exhaust the warehouse," Hansbø said, arguing that Norway needed new resources and solutions for both detection and countermeasures. "Robot-on-robot combat is probably right around the corner," he said.

© AFP 2019 / Kyrre Lien
New Norwegian Defense Leaves Country Defenseless, Embarrassing Report Finds
According to Hansbø, the Norwegian Armed Forces should act quickly to keep up to date, as has been done with the F-35 aircraft, which while not fully robotic features many automated functions. Previously, Norway joined the F-35 program and committed itself to purchasing 52 aircraft. Hansbø argued that Norway must be "ethically committed" to developing and ultimately becoming world leader in self-steering weapons to protect its soldiers.

Colonel Gjert Lage Dyndal, former dean of the Royal Norwegian Air Force Academy, co-author of the book "When the Drones Awaken" and NATO expert in Brussels, supported Hansbø's call to "jump on the robotics bandwagon," yet disagreed that it should be done immediately, as Norway is currently faced with more down-to-earth challenges, such as the ongoing modernization of the Armed Forces.