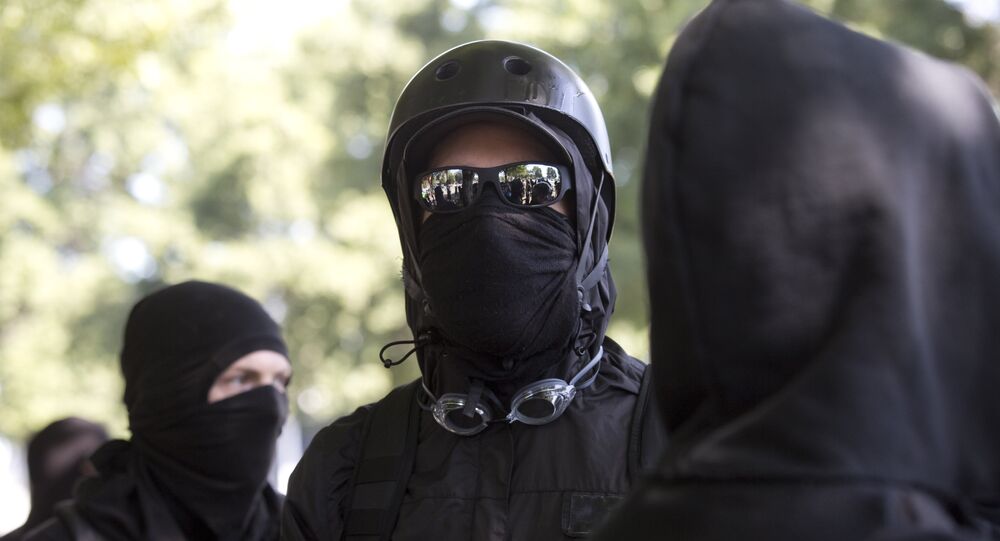 US authorities are concentrating their efforts on cracking down Antifa, rather than violent right-wing groups, declassified files have revealed.

The request was part of a series sent to "fusion centers" (information sharing centers), including the NCRIC, and asked for all communications and reports regarding white supremacist groups such as Vanguard America, the Traditional Worker Party, and Identity Evropa. Antifa was listed separately.

Included in the release was a threat briefing — all but six bullet points are redacted.

"We must not lose sight of the heightened threat posed by violent domestic terrorism extremists. The current political climate has brought many violent extremists to participate in, co-opt, and counter-protest at politically-motivated rallies throughout the United States. There's been at least five violent clashes between anti-fascist and white supremacist extremists at rallies in California throughout the last 17 months, leading to multiple stabbings and other serious injuries," the threat briefing reads.

It goes on to suggest lone actors and "small cells" are "likely" to continue to pose a threat of lethal violence, and the often spontaneous and opportunistic nature of such violence challenges prevention efforts — especially as they continue to evolve over time.

Elsewhere in the documents is a presentation on the Antifa movement prepared for UC Berkeley ahead of conservative commentator Ben Shapiro's speaking tour, titled "Criminal Threats to First Amendment Protected Activities."

The rally went ahead despite official fears of Antifa violence, and in the end there were a comparatively meager 13 arrests — some reports even suggested non-Antifa protesters thanked Antifa for attending.

© Sputnik .
Antifa and Fascism in an Age of False Equivalences

Antifa's peaceful presence at the event, and documented instances of fascist groups assaulting citizens, running over protesters with a car, and provoking sizeable riots, may suggest US law enforcement's focus on the group, rather than white supremacist organizations, is somewhat short-sighted.

Despite this, internal Department of Homeland Security (DHS) emails show Antifa has been specifically targeted by authorities at major protests, including May Day demonstrations. In a bizarre twist, the department sourced some of its intelligence on the group from a white supremacist website called "Occidental Dissent."

"You may find some of the attached on anarchist extremists extremely interesting. In particular, see the field analysis report on anarchist tactics, which highlights some unique tactics we've been seeing from the movement. Should be an interesting May Day this year…" an email reads.

Antifa and Fascism in an Age of False Equivalences