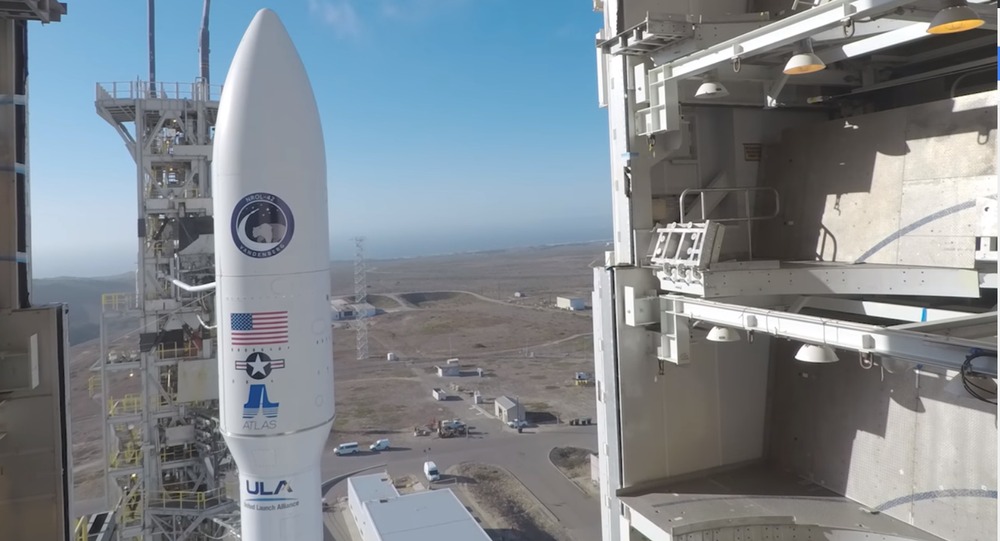 A rocket carrying a top-secret payload was launched from the Vandenberg Air Force Base in California on Saturday evening, carrying a US National Reconnaissance Office (NRO) satellite, virtually all aspects of which are classified.

An orange streak appeared in the California sky as the satellite, codenamed National Reconnaissance Office Launch 42 (NROL-42), launched after 11 p.m. on the back of a United Launch Alliance (ULA) Atlas 5 rocket.

The NRO has not released so much as a smidgen of information about their satellite, with its name being essentially all we definitively know about it. A statement from Col. Gregory Wood, vice commander of the Air Force's 30th Space Wing at Vandenberg, was bereft of helpful details.

"This launch is the culmination of many months of work by United Launch Alliance, the National Reconnaissance Office and the 30th Space Wing," Wood said. "All of Team Vandenberg is dedicated to mission success and proud to play a part in delivering these capabilities to our nation."

"Congratulations to the entire team for overcoming multiple challenges throughout this launch campaign. From Hurricane Irma schedule impacts to replacing to a first stage battery this week – the team maintained a clear focus on mission success," said ULA Vice President of Government Satellite Launch Laura Maginnis.

"NROL-42 marks the 25th ULA-launched NRO mission, building upon our legacy of partnership with the NRO in providing reliable access to space for our nation's most critical missions."

Setting up #MilkyWay pic when SURPRISE! #AtlasV #RocketLaunch from #Vandenberg! Viewed from back of my truck up in Tehachapi. Was gorgeous!🚀 pic.twitter.com/Do9Totoh2j

With a maximum payload of nine tons, the Boeing-Lockheed Martin manufactured Atlas V is one of the most powerful launch vehicles in use. According to rocket scientist Olympia LePoint, this offers a hint at the NROL-42's mission. "It is a spy satellite that's being delivered up into our upper atmosphere," LePoint told CBS. "It's our eyes and ears towards space."

Unconfirmed rumors suggest that the NROL-42 is equipped with a powerful and specialized camera that will allow the NRO to monitor the entire Northern hemisphere for activity — say, rocket launches from a certain sequestered East Asian nation.

The NRO's mission is to build and operate reconnaissance satellites that gather information for US military and intelligence operations. Most of their launches are classified, with the missions of satellite dating back to the 1980s still undisclosed.

US Launches Spy Satellite From California Air Force Base

Germany's Spy Agency May Get Its Own Satellite by 2022