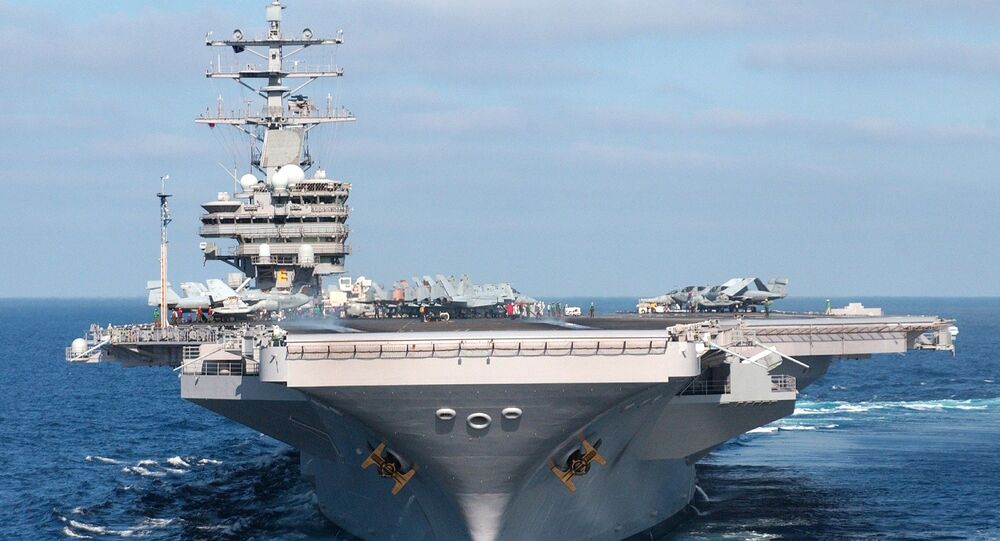 The drills began September 11 in maritime areas to the south and west of the Japanese archipelago, according to a Friday JMSDF statement, and are slated to conclude September 28.

North Korea has carried out a flurry of ballistic missile and nuclear weapons tests in recent weeks in spite of new UN Security Council sanctions. On September 15, Japanese residents were urged to find cover as a North Korean ballistic missile soared by overhead. On September 3, Pyongyang conducted its most powerful nuclear test ever. Shortly before the nuke test, on August 29, a Hwasong-12 ballistic missile was launched from a site near Pyongyang, observed directly by leader Kim Jong-un as he puffed a cigarette and studied a map.

Kim responded in kind: "I will surely and definitely tame the mentally deranged US dotard with fire," the 33-year-old said in a statement carried by KCNA early Friday morning, local time.

Early Friday morning in the US, Trump tweeted, "Kim Jong-un of North Korea, who is obviously a madman who doesn’t mind starving or killing his people, will be tested like never before!"

When asked by reporters why the US military hasn’t intercepted previous ballistic missiles fired by North Korea’s military, US Assistant Secretary of State Susan Thornton said "if a missile targeted Guam or flew over it, we would have shot it down … the question of whether or not to apply military actions depends on the specific situation."