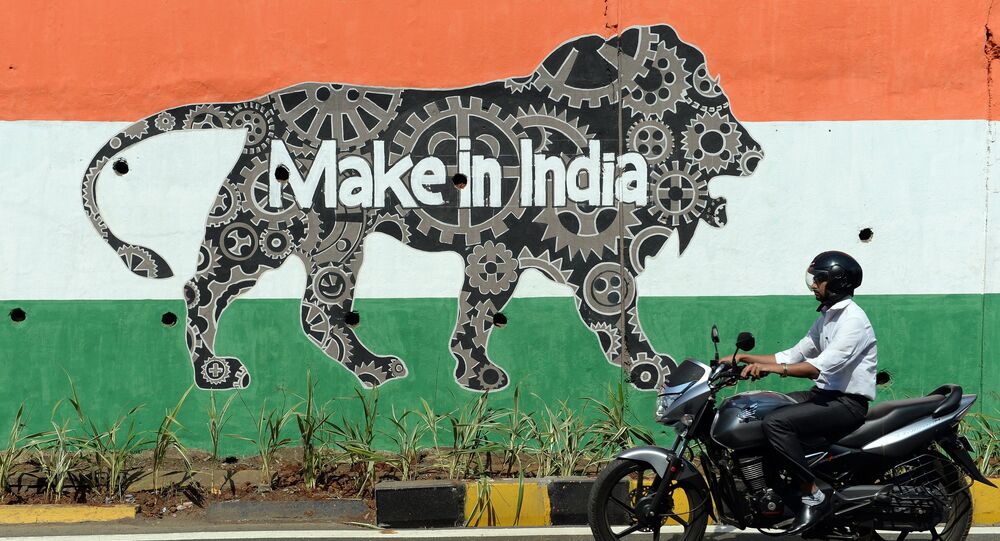 Ahead of US Defense Secretary James Mattis’ visit to India starting September 25, a controversial letter by the US-India Business Council has created much uneasiness in the Indian establishment.

New Delhi (Sputnik) — The US-India Business Council (UIBC) in its letter to the Indian Defense Ministry has raised concerns over the transfer of technologies to Indian firms. "Control of proprietary technologies is a major consideration for all companies exploring public and private defense partnerships," the letter reads.

This comes against the backdrop of the Indian government exerting pressure on foreign firms to share defense technology with their Indian partners to further Prime Minister Narendra Modi's "Make in India" program, intended to foster self-sufficiency. Unfortunately, the UIBC letter suggests that American firms want to retain control over technology even if they are allowed to set up a production line for fighter jets and other equipment on Indian soil.

"I cannot say with any certainty, but coming out in the media, as it does, on the eve the US defense secretary's visit, I will be surprised if this issue is not discussed. But India is unlikely to agree to continue purchasing equipment off-the-shelf from the US as has largely been the case so far. Discussions will be of some help only if the US defence secretary has some concrete suggestions to make to reconcile the American concerns with the Indian aspirations," Amit Cowshish, former financial adviser to India's Ministry of Defense, told Sputnik.

US firms have also made it clear that they do not want to be held liable for any defects in equipment jointly produced with Indian counterparts. "We recommend the Ministry of Defense affirm that foreign OEMs [Original Equipment Manufacturers] will not be liable for defects outside their company's control," the UIBC said in its letter. This has the potential to become a sticking point in the prospective defense partnership between the two countries.

"I think a middle ground can be found even if the transferred technology is not state-of-art but helps the Indian companies in acquiring the capability required for built-to-specs manufacturing," Cowshish explained.

Experts say US defense firms' reluctance to share technology is also likely to deter the US from moving ahead in its plan to sell defense equipment such as the Avenger Predator drone and Lockheed Martin's F-16 Block 70 combat aircraft to India. The US has designated India as a major defense partner which "is intended to facilitate technology sharing between the two countries, including license-free access to a wide range of dual-use technologies," according to the Senate amendment to the National Defense Authorization Act of 2018.

In the last 10 years, the US has managed to sell to India defense equipment worth $15 billion, including C-17 Globemaster III and C-130J Super Hercules transports, P-8I Poseidon maritime surveillance aircraft, CH-47F Chinook heavy-lift helicopters and AH-64E Apache attack helicopters. Most of the deal was initiated during the previous government in India led by Manmohan Singh, but since 2014 the new government under Modi has emphasized domestic production, and if foreign purchases are made they must involve technology transfer.

Russia, Israel and France have been very generous in sharing technology with India, helping local manufacturers augment their capacity.