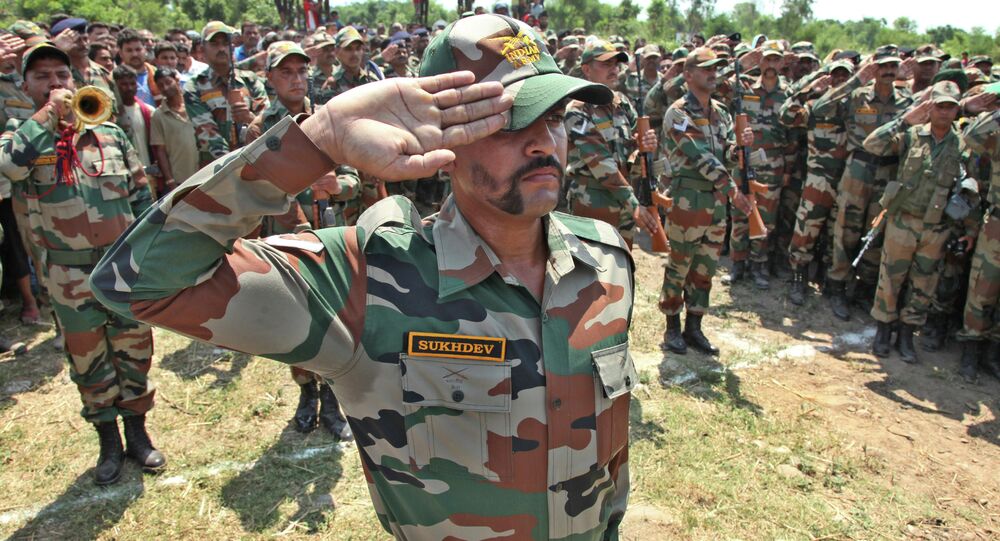 India says to accept meager financial assistance from foreign countries to train its armed forces does not suit its stature as a nation.

New Delhi (Sputnik) — India has asked its armed forces personnel to not part take in training courses that are sponsored by foreign governments. The decision was taken after the Defense Ministry was flooded with applications from a large number of middle-rung officers seeking permission to attend training courses offered by foreign countries, especially the US and the UK.

© REUTERS / Adnan Abidi
India, Japan Agree to Enhance Military Ties and China Does Not Like It
The government has justified its decision by arguing that it would not suit India's stature for its armed forces to accept such assistance from foreign countries when India itself conducts such training for military personnel of other countries.

In addition, it was discovered during an audit that if the Indian government was to finance such training itself, the bill would amount to a meager $18 million a year. Therefore it has been decided by the authorities that this amount will be earmarked for the defense budget to sponsor such training.

"The US and UK have for a long period primarily sponsored the Indian military officers' training. Many times it is done on a reciprocal basis. Now, the government may have thought that India can fund the training for its officers on its own," Major General R K Arora (retired), Chief Editor of Indian Military Review, told Sputnik.

When asked whether Indian government had taken this step to prevent young cadets from imbibing any foreign influence, Arora said, "I do not think so. Such training is mainly aimed at getting to know and learn from the experiences of armed forces of other countries to enhance professionalism among cadets."