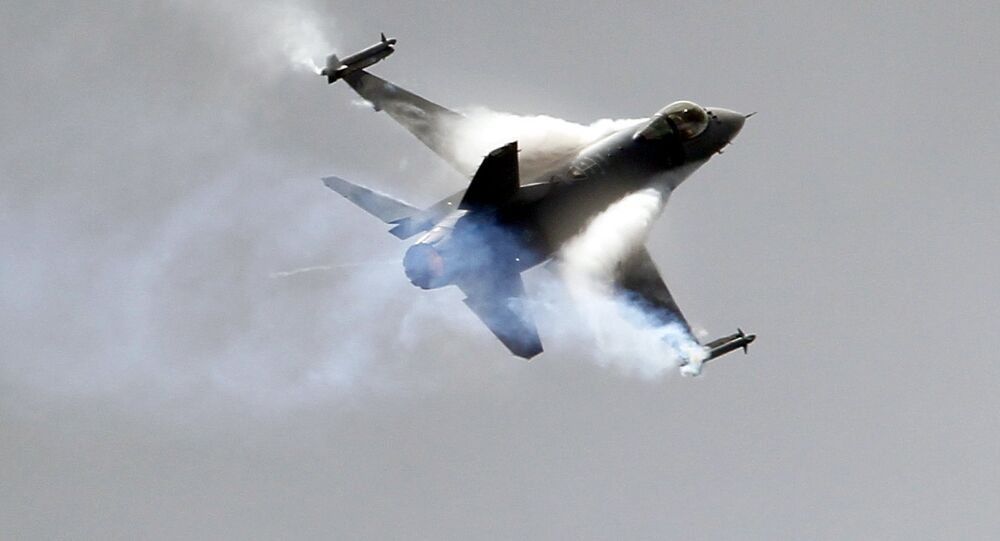 An official report has been released into an incident involving a Norwegian F16 fighter jet that mistakenly machine-gunned an observation tower narrowly missing three officers stationed inside during a training exercise.

An official investigation, launched immediately after two military aircraft, belonging to the Royal Norwegian Air Force had in 2016 been taking part in a mock attack on the uninhabited island of Tarva, off the country's west coast, when one of them opened fire with its M61 Vulcan cannon on what it believed was the target, has pointed to four primary reasons for the near-miss during the exercise.

A total of 40 live shots were fired during the incident in the early hours of April 13, 2016, with five of the 20mm projectiles hitting the control tower — missing three military personnel inside by a matter of centimeters.

The Light Was On

According to the report, a light left switched on inside the tower during the mock attack is believed to confused the pilot into thinking the tower was the target.

It also cited issues surrounding the complexity of the task involved, the pilot's experience and the initial preparations for the exercises.

The investigation suggested correct procedures for firing during night exercises had not been followed.

"Based on the conclusions and safety recommendations given in the report, it is clear that this serious incident is not directly connected to one individual, and as such could have occurred with different personnel in the cockpit. The Royal Norwegian Air Force takes into account the lessons provided by the remarks given in the investigation," said Major Stian Roen, communications head of the Royal Norwegian Air Force.

Speaking at the time of the error, the communication head revealed the F-16 jet had been due to fire at a simulated target on the airfield about 500 meters away when "something went wrong."

It is not the first time such an incident has taken place during an aerial exercise involving the Royal Norwegian Air Force.

A similar incident happened in 2009 when F-16s fired in error on the same tower, with at least one round piercing the structure, but again no-one was injured.

Norwegian Warplane Fires on Surveillance Tower With People Nearby

Don't Do as I Do: NATO Continues to Ignore Its Military Blunders