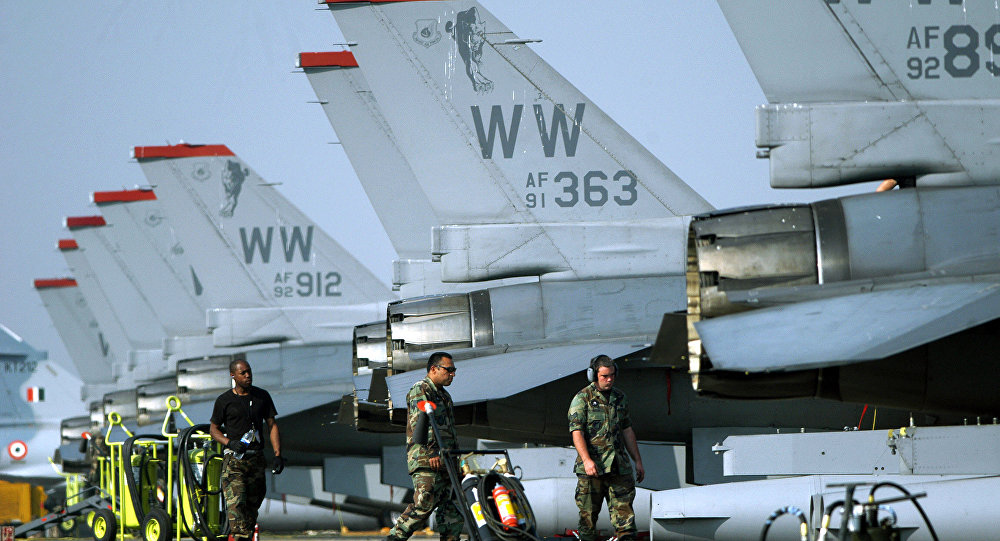 The US Air Force has announced that they will be increasing their fighter capabilities in Afghanistan to bolster air power as part of the US’s new strategy in the country’s longest running war: to destroy terrorist networks in the Central Asian nation.

"Our close-air support role continues and, as you look at the strategy coming forward, we're actually right now working with [Commander of US Forces in Afghanistan] Gen. John Nicholson's staff on how to best synchronize his advise-and-assist strategy going forward to optimize the placement of the air assets," he noted.

Harrigian said that the USAF will be focusing missions in the northeastern provinces of Afghanistan, "but there's a recognition that we're going to have to distribute our force, and that's going to require a lot of airpower support," he added.

It won't only be US ground troops that would be supported by the increased air power, Harrigian added. With more fighters, the USAF will be in a better position to support friendly Afghan forces as well.

The majority of USAF missions in Afghanistan are drone-based. Harrigian said drone warfare would be optimized to "understand the enemy and then be in the position to take advantage of what we're seeing to pressure the enemy."

In addition, the USAF has deployed an unknown number of KC-10 Extenders and KC-135 Stratotankers, mid-air refueling tankers, back to Afghanistan for the first time since 2012.

The addition of six new fighters comes along with the Pentagon's announcement that 3,000 more troops will be deployed to augment the roughly 12,000 currently in Afghanistan. The increased military presence is part of US President Donald Trump's reinvigoration of military efforts in the country.

"Obviously the Joint Chiefs will work through their plans and make proposals, but I think the guidance was pretty clear from the president last night, and we're going to go on the offensive and destroy these terrorist networks," Air Force Secretary Heather Wilson told Reuters after Trump's August speech.

Trump's "conditions-based approach" to the war will involve bolstered efforts in the fights against terrorist groups entrenched in Afghanistan, such as the Taliban, al Qaeda, or Afghanistan's Daesh offshoot, Islamic State-Khorasan (IS-K).

The US military announced that in August, they dropped more than 500 bombs on Afghanistan, the highest amount since August 2012. The American war in Afghanistan enters its 16th year on October 7.

US Senate Blocks Repeal of Authorizations for Bush-Era Wars in Afghanistan, Iraq