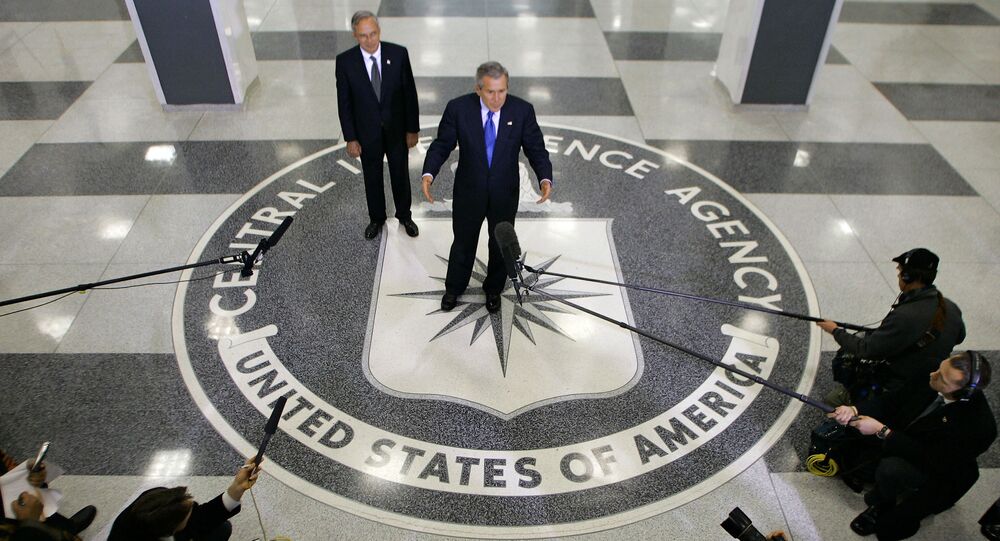 September 18 marked the US Central Intelligence Agency's 70th birthday. To mark the occasion, here are four of the worst things the agency has done - at least, the worst the public knows about.

September 18 marked the 70th anniversary of then-President Harry S. Truman signing the National Security Act of 1947 into law, and with it the founding of the Central Intelligence Agency (CIA).

​In theory, the CIA has a relatively modest purview — to gather, process, and analyze national security information from around the world. However, over the course of its seven-decade-long existence, the agency's brief has frequently extended to violence, assassination, subversion, infiltration and coup d'etat, among assorted criminal skulduggery.

​The CIA's toxic legacy was not lost on Truman, who wrote a letter to the Washington Post in December 1963, calling for the Agency's remit to be scaled back significantly.

"For some time I have been disturbed by the way the CIA has been diverted from its original assignment. It has become an operational and at times a policy-making arm of the government. This has led to trouble and may have compounded our difficulties in several explosive areas," Truman said.

To mark the CIA's 70th birthday, here are four of the worst things the agency has done — at least, the worst the public knows about.

Ever since "Operation Ajax" — a 1953 joint effort mounted with British intelligence to overthrow the democratically elected leader of Iran, Mohammed Mossadegh — the CIA has repeatedly sought to oust governments unfavorable to US political and/or economic interests, in the process frequently installing oppressive and violent tyrants in power.

The full list of targeted countries is too extensive to document in detail, and there are moreover many instances of "revolutions" in which, while unproven, CIA involvement is suspected — such as the 2014 Maidan coup in Ukraine.

© Sputnik
The Other 9/11: Allende's Overthrow and the Murder of Democracy in Chile
However, perhaps the most notorious CIA coup occurred in Chile, in September 1973. After the election of left-wing reformist Salvador Allende as president in 1970, the agency began plotting his removal at the behest of then-Secretary of State Henry Kissinger.

The agency reached out to Chilean General Augusto Pinochet, who without much persuasion agreed to lead the effort on the ground, and lead the country thereafter. On September 11, 1973, the coup was launched, and Allende was killed.

Over the course of Pinochet's 26-year reign, the military dictator killed between 30,000-50,000 civilians and plunged the country into a severe economic crisis.

US federal courts have consistently blocked criminal and civil lawsuits launched against Kissinger and the CIA.

The CIA has an extensive history of arming radical, extremist groups, in order to facilitate regime change.

The most mephitic example of this practice occurred in 1979, when the CIA began sending financial and military aid to Islamic extremists in Afghanistan — the Mujahideen — who opposed the secular Soviet Union-supported government.

​On top of deposing an "unfriendly" government, the agency wished to precipitate a Red Army invasion of the country in support of the embattled government, and give the Soviet Union its "own Vietnam."

Nonetheless, bin Laden was undoubtedly revered in the Western media at the time, and his notorious terror group emerged from the ranks of the Mujahideen following the conclusion of the conflict in 1989, with bin Laden exploiting the fighters, financial resources, training and recruiting structures provided by the CIA.

Having singularly failed to learn the palpable lessons of history, the CIA has employed the same policy many times since, most recently in the Syrian conflict, in which "moderate rebels" — in truth savage extremist elements — have battled against the popular government of Bashar al-Assad.

For many years, the CIA ran "Operation Mockingbird" — a dedicated program to manipulate the US and European news media for propaganda purposes by recruiting journalists at leading pubications, via which pro-American and anti-Soviet Union stories were spread.

The CIA's influence had not waned by 1977 when renowned investigate journalist Carl Bernstein reported on publications with CIA agents in their employ, as well as over 400 American journalists who had secretly carried out assignments for the agency.

However, the agency's media infiltration efforts aren't restricted to the news media. Independent researchers Tom Secker and Matthew Alford have revealed the CIA has helped produced, and influenced over 1,800 films and TV shows over the course of its existence.

The agency has operated numerous human experiments over the past seven decades, of which Project MKUltra is the most infamous.

With help from captured Nazi scientists (extracted from Germany under the auspices of "Project Paperclip"), CIA doctors and chemists engaged in a wide array of illegal activities, including a number of techniques to manipulate unwitting subjects' mental state and brain functions, including the administration of psychedelic drugs, hypnosis, sensory deprivation, isolation, verbal and sexual abuse, as well as a variety of torture techniques.

​Of the drugs administered, LSD was the most common — typically given without informed consent to mental patients (in violation of the Nuremberg Code), prisoners, drug addicts and prostitutes ("people who could not fight back" one CIA officer said) in order to study their reactions.

In one case, the hallucinogenic drug was administered to a mental patient in Kentucky for 174 straight days — although CIA employees themselves were not even immune, and it has been said being spiked with LSD became an "occupational hazard" for agency staff while the project was in operation.

The use of LSD was only terminated — officially, at least — when the covert dosing of one agent sent the individual running across Washington in a state of extreme panic, seeing monsters in every car he passed.