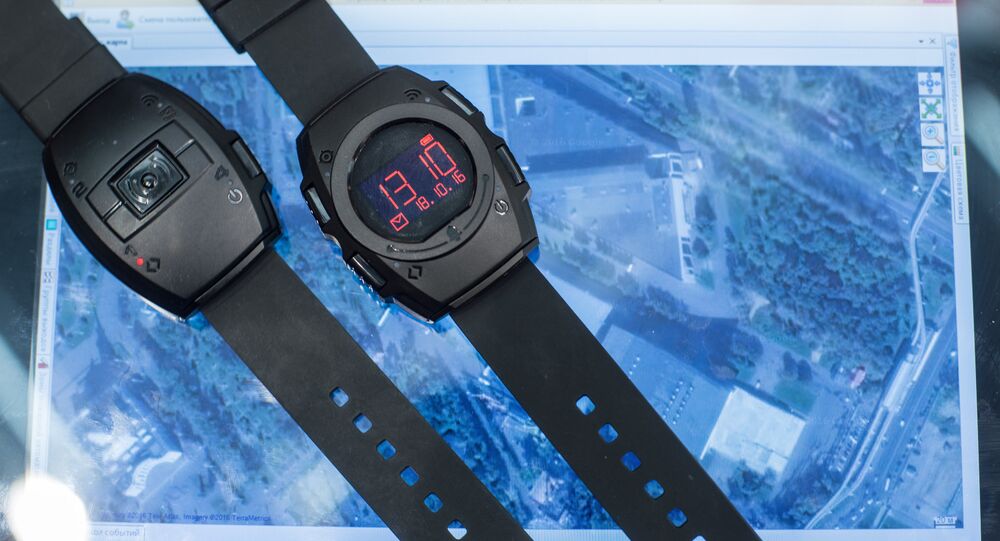 Russian and Belarusian military police will use smartwatches at the ongoing joint Zapad-2017 drills to ensure the staff security and decrease staff enrollment by half, the Russian Defense Ministry said on Monday.

MOSCOW (Sputnik) — The forces will for the first time practice securing field mobile command posts with the use of rapidly deployable technical means of protection, the ministry noted in a statement.

"The Strelets-Chasovoy-1 and the Strelets-Chasovoy-2 [personal navigation] systems, which help decrease staff enrollment by almost half, will be involved in fulfilling this task. This system represents a bracelet worn by a sentry. In case of an emergency, the information [from the bracelet] transfers to senior commanders via the protected channels," the statement said.

© Sputnik / Grigoriy Sisoev
Zapad-2017 Drills: Russia Test-Launches Iskander-M Missile
Maneuvers aimed at cutting the number of paired-up patrols twofold with the help of perimeter security equipment with detection ranges of up to 100 meters (109 yards) and a copter with rotating camera are also planned as part of the drills.