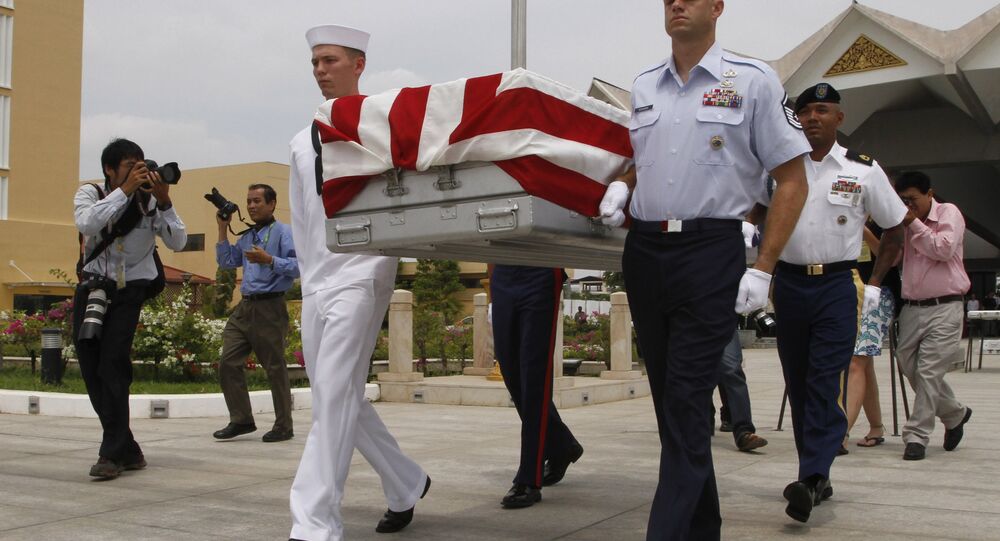 Cambodia has shut down Pentagon programs in the southeast Asian country searching for the remains of US Vietnam War soldiers after Washington denied visas for senior Cambodian foreign ministry officials and their families - a response to Phnom Penh’s refusal to accept dual-Cambodian/US citizens who have been convicted of crimes in America.

Reacting to a new set of visa sanctions slapped on Phnom Penh by Washington on September 13 for the southeastern nation's refusal to accept people deported by the United States, Cambodia has announced that it will no longer support US missions in the country searching for remains of Vietnam War combatants claimed to be missing in action.

Washington previously claimed that Cambodia was refusing or delaying the acceptance of Cambodian nationals who also have US citizenship who had been convicted of crimes in the US from being deported, similar to recent measures taken by Washington against Eritrea, Sierra Leone and Guinea.

On Thursday, the Cambodian foreign ministry denied the accusations, stating that Phnom Penh was in the process of modifying a 2002 agreement to accept certain people with Cambodian citizenship, under strict guidelines.

The escalating diplomatic tit-for-tat comes at a time when Cambodian presidential elections are set for 2018 and Phnom Penh has arrested the Cambodia National Rescue Party leader — the primary political opposition party — accusing him of colluding with Washington to overthrow the existing government, a charge the opposition party hotly denies.

Washington also rejected Phnom Penh's claims, criticizing the arrest, and what is reported to be a crackdown on media supportive of opposition parties, including an independent English-language newspaper and radio stations offering US state-run programming from Voice of America and Radio Free Asia.

Tit-For-Tat: 'US Pushing Pyongyang Toward Accelerated Development of Nukes'