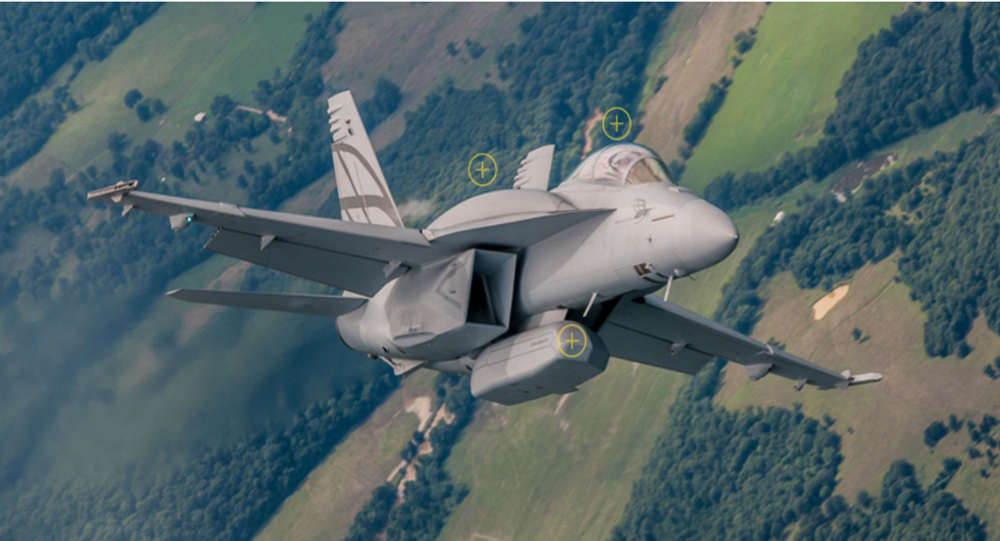 Boeing has been awarded a more than $676-million contract for production and delivery of F-18 Super Hornet combat aircrafts for the US Naval Air Systems.

WASHINGTON (Sputnik) — Boeing has been awarded a more than $676-million contract to produce six F/A-18E and eight F/A-18F Super Hornet combat aircraft, the US Department of Defense said in a press release.

"The Boeing Co., St. Louis, Missouri, is being awarded $676,575,190 to a previously awarded contract for three full-rate production and delivery of six Lot 41 F/A-18E and eight F/A-18F aircraft," the release stated on Wednesday.

© AP Photo / Lolita C. Baldor
US State Department Approves $5.2Bln Sale of F-18 Combat Jets to Canada
The Defense Department said work under the contract will be performed in the US states of California, Missouri, Texas, Arizona, Ohio and New York as well as at other sites around the United States. Production is scheduled to be completion in February 2019.

The US Naval Air Systems Command awarded the contract, according to the release.

Boeing to Provide Upgraded Helicopters to Saudi Arabia for $223 Mln