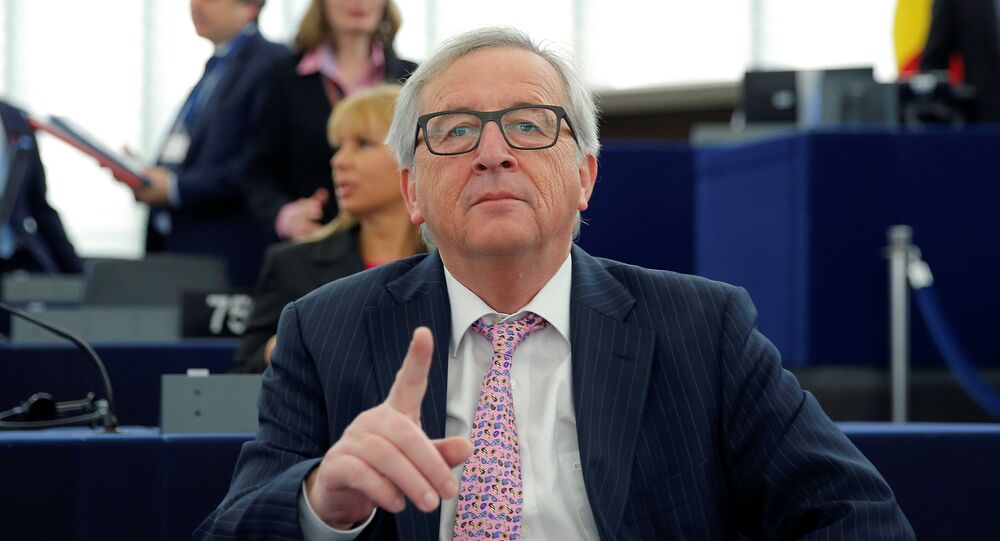 The President of the European Commission stated that EU defenses needed to be enhanced. This includes a proposal by Brussels to create a defensive union.

BRUSSELS (Sputnik) — Brussels should establish a European defense union by 2025, both the European Union and NATO are interested in it, President of the European Commission Jean-Claude Juncker said on Wednesday.

"The defense sphere requires more efforts. Establishment of the European Defense Fund is included on our agenda, as well as the Permanent Structured Cooperation (PESCO). By 2025, we need a functioning European defense union. We need it, and NATO would like us to have it," Juncker said, delivering an annual State of the Union address to the European Parliament.

© CC0
What's Behind UK's Pledge to 'Deeper' Defense Ties With Europe Post Brexit?
The idea of a single EU army has been in the air for several years. Since around 2013, Berlin has been overseeing efforts towards closer EU defense integration through the Framework Nations Concept, which stipulates that Germany share its troops and capabilities with other European countries.

On June 7, the European Commission announced a decision to launch the European Defense Fund. The fund is meant to supplement member states’ defense research and support the countries of the Union in obtaining military equipment. It is also expected to create a total of 5 billion euros ($5.6 billion) investment in defense capability development for the member states per year after 2020.

At the European Council summit in Brussels in June, EU leaders agreed to set up the Permanent Structured Cooperation (PESCO) in the defense area, and decided to draw up a common list of criteria and commitments under that cooperation within three months.