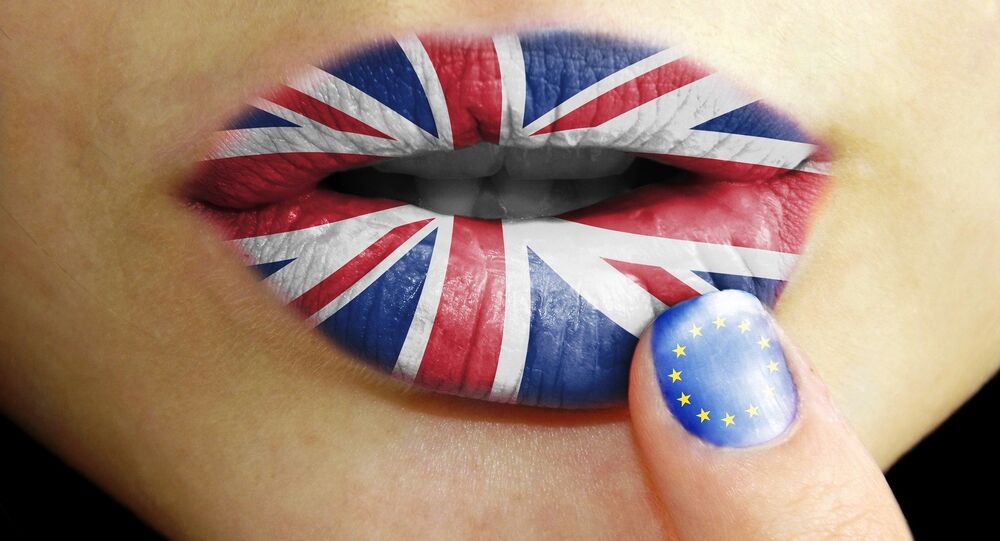 UK Ministers have promised to pursue "deeper" defense ties with Europe than any other country post-Brexit - but key EU figures consider the pledge a bargaining tactic.

Department ministers highlight the UK's "successful" military cooperation with the EU on tackling piracy off the Horn of Africa, to joint defense projects with the EU, including the Eurofighter Typhoon aircraft, as examples of the collaborative work that could be continued post-Brexit.

"At a time of increased threats and international instability the UK remains unwavering in its commitment to uphold European security. With the largest defense budget in Europe, the largest Navy British troops and planes deployed across land, air and sea in Europe, our role in the continent's defense has never been more vital. As we leave the EU, the UK and our European allies will ensure a close partnership that meets these shared challenges head on," Defense Secretary Sir Michael Fallon said in a statement.

Nonetheless, despite these lofty apparent ambitions, key EU figures have suggested the strident rhetoric is an attempt to use the UK's military strength as leverage in stalled Brexit talks.

UK security cooperation paper is very welcome. But first, we need guarantees on #CitizensRights, the #IrishBorder & the financial settlement

Speaking to UK mainstream media, European Parliament Brexit coordinator Guy Verhofstadt said there could be no "trade-off" involving security, while another EU source warned UK negotiators "the days of gunboat diplomacy" were over.

"It is vital the EU and UK continue to work to together, as our common security is intrinsically interlinked. However, the European Parliament has made it clear that, whatever the outcome of the negotiations, they cannot involve any trade-off between internal and external security, on the one hand, and the future economic relationship, on the other hand. Furthermore, we need to make sufficient progress on the withdrawal agreement, before we can discuss a future partnership," he said.

We have grave concerns about #DExEU's #Defence 'partnership paper' 12 Sept 2017 — it does not honour the Brexit vote. pic.twitter.com/gRMX56vogD

​Whether a cynical ploy or not, the announcement comes ahead of fresh negotiations set to commence week commencing September 18 — the last round ended with the EU's chief negotiator Michel Barnier bemoaning a lack of progress on numerous "divorce" issues, including the settlement of the UK's financial obligations.

It is not the first time the UK has been accused of using security as a bargaining chip in Brexit talks, after Theresa May faced criticism over comments made in her letter triggering Article 50.

In the document, she underlined how a failure to reach a deal with the UK would mean "weakened" security cooperation, and emphasized that the UK and France are the only two European permanent members of the UN Security Council and the only European countries equipped with nuclear deterrents.

Whatever the truth of the matter, it's perhaps inarguable that Brexit poses security and defense challenges to both the UK and Europe — both are likely to be subject to long-term uncertainty and change, and both sides risk becoming weaker and less secure if Brexit negotiations produce a messy divorce.

In the least, a wide range of defense and security issues are subject to potential change, in particular the impact on defense spending, industry and research, the UK's membership of EU bodies and mechanisms, and the UK and Europe's future defence capabilities, and global strategic roles.

Need for sustainable post-#Brexit solutions across all areas of #defence & #security. Our report explains https://t.co/B3bRsM4mX3

​In March, defense think tank Rand Corporation published a paper — Defense and Security After Brexit — assessing the policy areas, strategic concerns or military capabilities that might be most affected by Brexit.

In particular, it noted Brexit presented challenges for the UK's "already ambitious" defense equipment spending plans, especially given the fall in the value of sterling. UK defense firms are less vulnerable to major financial losses compared to other sectors in the event of a "hard Brexit" — EU sales account for only four percent of turnover — but Brexit raises wider questions about the UK's influence over EU defense industry consolidation, and membership of the European Defence Agency.

Another significant area for concern for Rand was defense research and development, and innovation, as the UK risks reduced access to EU funds for research and influence over the research agenda. Since 2007, the UK has won a fifth of all EU research grants, amounting to around US$10 billion overall.

While noting Brexit could prove a catalyst for more ambitious EU defense integration, freed from the UK's veto power over a potential EU army,  the loss of the UK would entail a "considerable diminution" of collective EU defense capabilities, which some estimate will be reduced by a quarter.