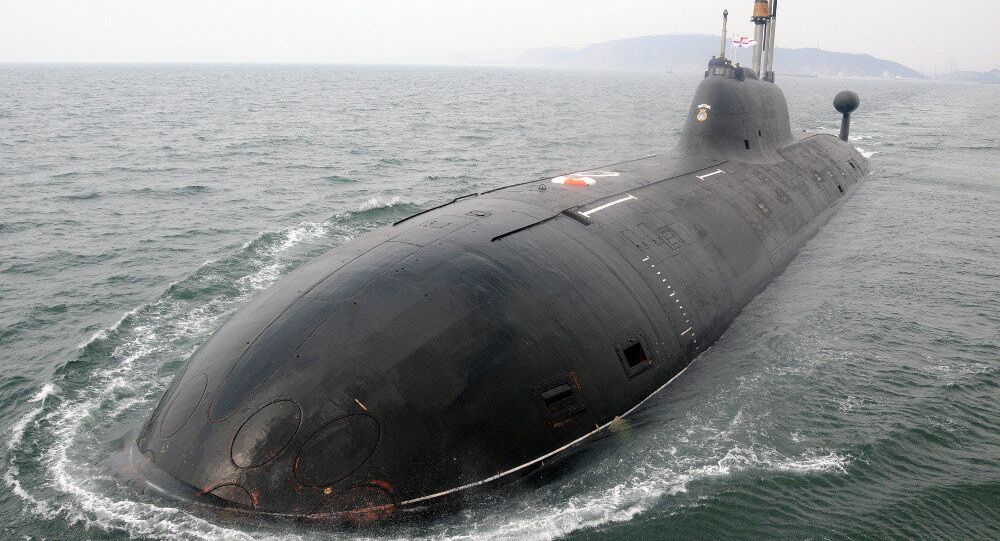 India is pushing for a plan to station its shipbuilding team at a Russian shipyard to witness the complex refitting and modernization process of nuclear attack submarines.

NEW DELHI (Sputnik) — India has decided to go ahead with its plan to lease a third nuclear attack submarine from Russia. Sources said a Project 971 SSN submarine has been picked out from among many options and that the boat would undergo massive repairs and modernization at a Russian shipyard before being handed over to India.

The refit will be carried out at the Russian shipyard in Severodvinsk and the refitted boat will be named ‘INS Chakra-III.' The entire process will be completed over an estimated six-year time frame.

"Acquiring another nuclear attack submarine (SSN) from Russia in not only prudent but also exigent for India's national security. An SSN is required to influence events in distant areas of the country's maritime interest, where conventional surface and integral aviation cannot operate due to whatever reason," Captain Gurpreet S Khurana (Indian Navy), Executive Director, National Maritime Foundation, told Sputnik.

India is also awaiting the delivery of a second Project 971 (Akula-class) SNN which it had leased from Russia a year ago. The Indian Navy (IN) currently operates two SNNs; the oldest of which is the INS Chakra, formerly the Russian Navy's K-152 Nerpa, commissioned into the navy in April 2012. India's second SSN, INS Arihant, is an locally-built nuclear-powered ballistic missile submarine commissioned in August 2016.

At present, negotiations are underway to accommodate India's desire to send a delegation of shipbuilders to the Severodvinsk yard to witness and assist in the refitting and modernization of the third SSN India intends to lease. The hands on experience would be of significant help to Indian shipbuilders who are being tasked with the responsibility of constructing at least six nuclear-powered submarines, locally at an estimated cost of over $12 billion.