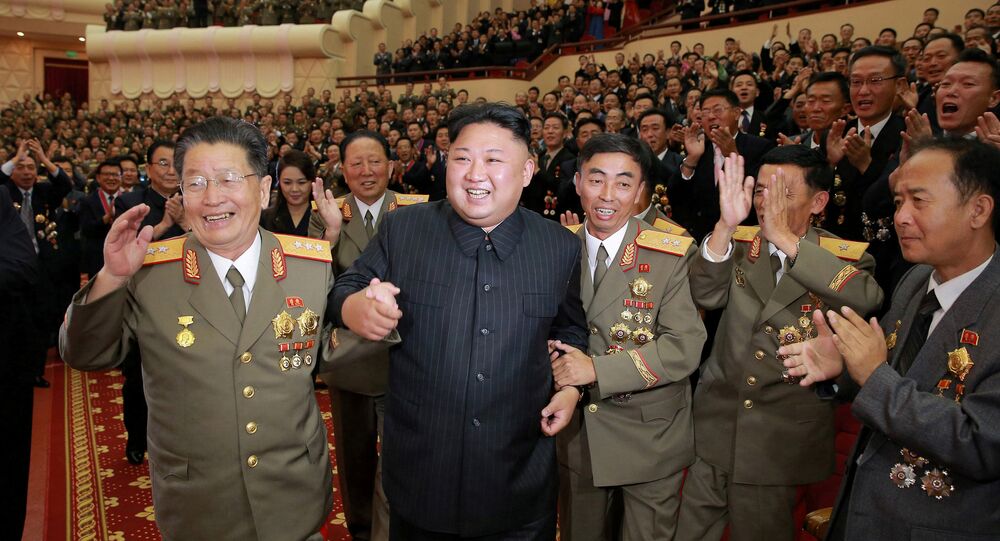 The DPRK has celebrated the scientists that shrink its warheads, accurately aim its missiles, and build and blow up its nuclear bombs.

After multiple warnings by many Western government and military agencies that Pyongyang would on Sunday celebrate its 69th year as a sovereign nation by launching another ICBM or detonating another hydrogen bomb, the isolated rogue state surprised the global community by throwing a party instead.

Established in September 9, 1948, the People's Democratic Republic of Korea (DPRK) has increasingly refined its rapidly expanding nuclear capabilities, alarming the world and particularly offending the United States, which has gone to ever-expanding — and so far ineffective — lengths to reign in the consistently belligerent northern nation-state.

The North Korean state-run news outlet, Korean Central News Agency (KCNA), reported on Sunday that the country's leader, Kim Jong-un, had placed all his technological eggs in one geographical basket by flying the country's nuclear scientists and engineers to Pyongyang, where they would be feted in style, according to a New York Times report.

As detailed by KCNA, the bomb boffins were greeted in the capital city on Wednesday with cheering crowds at an enormous outdoor festival, with fireworks and laudatory speech making.

KCNA reports then congratulated the scientists for creating a nuclear weapon that was capable of delivering "a merciless sledgehammer blow to the US imperialists," cited by nytimes.com.

Over the course of the prolonged Saturday banquet in Pyongyang, Kim called for "redoubled efforts, not slackening the spirit displayed by [DPRK nuclear scientists] in bringing the great auspicious event of the national history," cited by KCNA.

"The recent test of the H-bomb is the great victory won by the Korean people at the cost of their blood while tightening their belts in the arduous period," Kim is said to have added, according to the DPRK state-run media outlet.

As gushingly detailed by KCNA, Kim attended the banquet with his wife, Ri Sol-ju, and top Workers' Party brass, with patriotic songs and performances swearing loyalty to Kim and country.

Pyongyang Vows to Respond to 'Barbaric Sanctions', US Pressure